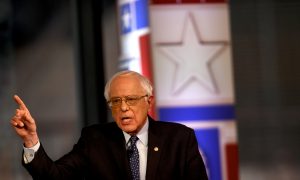 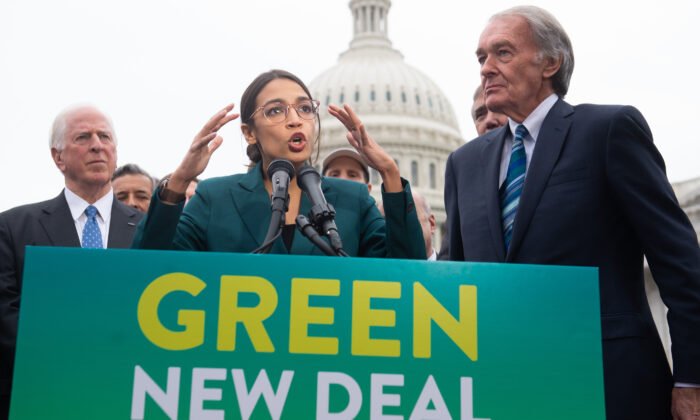 A reconfigured global elite are shaping up around a new kind of vision for transforming our world. They’ve called their neo-socialist and multilateral vision the Green New Deal.

But there are also other important players pushing this neo-socialist dream.

One has been the European Union’s large and well-organised green lobby. Another has been Klaus Schwab (economist and founder of the World Economic Forum), who has used Davos to push his vision of a “Great Reset” of the global economy.

Those getting on board with the Green New Deal are the usual advocates of state interventionism, big government, and multilateral globalism. But surprisingly this new elite is a mix of left-liberals, socialists, Greens, bureaucrats, and university researchers/experts. More surprising is that sections of the business elite are also climbing on board what they believe will be a gravy train.

It appears business is motivated by two factors. First, they are afraid of activist pressure. Second, their marketing departments are telling them there are great public relations kudos to be had in signing up to the now fashionable narratives of saving victims, saving the planet, and distancing themselves from left-leaning stereotypes of greedy uncaring capitalists.

So now we have woke businesses greenwashing their brands plus learning to make profits out of the Green New Deal’s neo-socialist strategy to tear up our old infrastructure and replace them with new ones at great expense to the taxpayer. Who knew socialism could be profitable.

But one of the most fascinating features of this trend is how enthralled legacy media journalists are with the green narratives underpinning this emergent global elite.

Journalists who would normally ask questions about self-interest, crooked narratives, and obvious propaganda now meekly buy into the trendy narratives. Indeed journalists are now being told that applying the journalistic principle of balance is a bad thing when reporting on issues like climate change.

In a climate when green activism is now normalised in media newsrooms, it is hardly surprising that we see journalists treating green experts as media darlings, and as a result, those same green experts are no longer challenged by probing journalistic questions.

Instead, what emerges is a de facto partnership between the media, climate change scientists, and activists wherein journalists start to construct pro-green (propaganda-like) stories.

One way of explaining this partnership is to see it as part of the phenomenon of an emergent global elite for whom left-wing “progressivism” has become a kind of secularised religion, built around saving the many kinds of victims we apparently have today.

What binds all these victims is that they need to be saved by a self-selecting elite of people who have married elements of the narratives of left-liberalism and neo-Marxism.

This elite first emerged in the United States and then spread to the rest of the western world. And now, like a virus, it is also spreading to places like the European Union (EU).

It is an elite who have proven highly susceptible to catching the green virus. Significantly, enormous progress has been made in capturing western universities, the global media, the education system, and the many bureaucracies across the Anglo world and EU.

The result has been the growth of an alliance between left-liberal, progressive politicians; academics; journalists; and bureaucrats.

Thus, universities become the source of what is termed ‘woke’ and green narratives; while the media and internet are used to disseminate their tales. In addition, as universities produced more of these progressive and Green “experts,” journalists rely on them to justify their own work—creating an ongoing cycle.

Importantly, since universities teach journalism, public relations and marketing the communication industries are filled with those taught the woke discourses beloved by the globalised elite.

Not surprisingly, the resultant spread of progressivism within the communications industry means progressives are also becoming well placed—and more skilled—at spreading their own ideologies, while shutting down opposing views.

The proliferation of both discourse around the Green New Deal, and the expanding power of a medical autocracy calling the shots over COVID-19, are two indicators of the way the global elite are becoming successful at promoting only their views while undercutting all others.

The universities have also given birth to “experts” who believe that secular science can fix everything thereby removing the need for religion or traditional knowledge.

At a deeper level, German existential philosopher Friedrich Nietzsche saw this rot beginning when Western thinkers “killed God” in the 19th century, and from that wrong turn has evolved the secularist, social engineers of today.

But at a more institutional level, I think American conservative philosopher Paul Gottfried was correct that the problem lies in today’s overly interventionist governments imposing social therapy measures upon their citizens.

His argument was that this began during the post-second World War era in the United States—specifically with Paul Lazarsfeld’s Bureau of Applied Social Research at Columbia University in the 1940s to 1950—and in the growth of the 1960s U.S. government-led social engineering policies (for example, affirmative action new migration laws).

And today, we see the modern manifestation of such a long-running trend in state-run welfare systems, the Green New Deal, and the COVID-19 medical autocracy.

Significantly, Lazarsfeld’s behavioural science was built on the neo-Marxist Frankfurt School’s idea of an “Authoritarian Personality”—a personality type that is submissive and obedient to authority—as well as the notion that experts should learn to manage and control the population better (using psychology, behavioural sciences, public opinion research, public relations, and spin-doctoring). This, in turn, can help stop the re-emergence of “bad ideas” like nationalism or traditionalism.

Lazarsfeld founded an American tradition of academic thinking about how the media could be used to promote “good” (progressive) ideas and shut down “bad” ideas.

Lazarsfeld’s centre employed many Frankfurt School members and so opened the door to the merging of left-liberal and neo-Marxist ideas, which has further contributed to the growth of the progressive elite.

With Biden in office, this elite now has a great base to work from to disseminate their preferred ideological narratives including the virtues of big government, green activism, and multilateral interventionism to save its so-called “victims.”

And because the 2016–2020 anti-Trump crusade helped cement the alliance between left-leaning politicians, activists, mainstream liberal media journalists, U.S.-owned tech giants; and the university sector, we can now expect to see a period of intensified dissemination of “progressive” narratives plus simultaneous attempts at discourse closure aimed at closing-down and disrupting narratives that the Left loves to hate.

Eric Louw
Follow
Eric Louw is a retired professor in political communication with a career spanning South African and Australian universities. Prior to that, he was a former activist, journalist, and media trainer under the African National Congress, where he worked on South Africa's transition into the post-Apartheid era. Louw is an expert on affirmative action, wealth redistribution, and Black Economic Empowerment policies. His Ph.D. was in the study of Marxism, as well as subsequent neo-Marxist theorists (Gramsci, Lukacs, Althusser, Frankfurt School, etc.) and Cultural Marxism. He has authored nine books including "The Rise, Fall and Legacy of Apartheid"; "Roots of the Pax Americana"; and "The Media and Political Process."
TOP NEWS