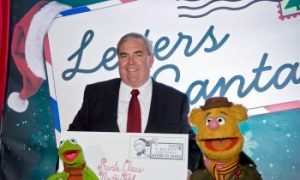 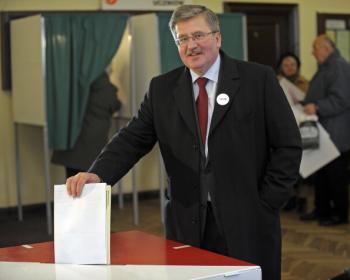 Global Dispatches: Poland—Frosty Ghosts of the Past

Winter in Warsaw. Whatever the calendar may say, it’s the first snowfall of the season that really makes it official in the eyes of Varsovians. White is everywhere and everything. It gives a ghostlike aura to the city, a place where history verily doth live. In fact, some ghosts from the past emerged for a bit of a jaunt this past week, if not to say—a haunt.

Even a cursory scan of Polish newspaper headlines this week revealed a curious priority given to whether a certain individual (let’s leave him nameless for now in the spirit of adding to the aura of mystery) should have been invited to a certain place or not. All the heavyweights in the Polish public sphere seemed to have something to say about it and the media was, from my point of view, verging on the overenthusiastic in letting the rest of us in on the controversy.

“I wouldn’t have invited him,” said former president of Poland and historic leader of the Solidarity movement Lech Walesa.

“Not inviting him would have been illogical,” countered the head of the National Security Bureau, Gen. Stanislaw Koziej.

By inviting him, the president of Poland was “spitting in the face of Poles,” according to former minister of Internal Affairs, Ludwik Dorn.

Seeing pictures in the papers of the individual in question seemed eerily in keeping with the ghoulish atmospherics of my metaphor of choice for this article. The pale face of a rather frail 83-year-old, with a coiffure verging on the out-of-control and dark-tinted eyeglasses that have been his trademark for decades. The “certain individual” in question was, of course, none other than former communist-era military dictator, Gen. Wojciech Jaruzelski, and the “certain place” was the National Security Council, a body responsible for deliberating on important decisions of national security.

As it happened, President Bronislaw Komorowski invited Gen. Jaruzelski to advise the council ahead of an upcoming visit by Russian President Dmitry Medvedev, describing the ageing general as someone with extensive knowledge and experience in Polish-Russian relations with potentially useful input to the council. The decision, unsurprisingly, drew a maelstrom of criticism.

The ageing general is a highly controversial figure. Troops under his command were involved in violent suppression, including killings of striking workers in the '70s; he imposed a military dictatorship on Poland in 1981, declaring a state of martial law, giving him and the state sweeping powers to further quell the Solidarity movement. He justifies this move on the grounds of it being the lesser of two evils in a situation where the alternative was likely to be a Soviet invasion, a fact which historical records and interviews with Soviet-era generals strongly suggest is untrue, as a crumbling Soviet empire did not have the resources nor the motivation to forcibly keep Poland within its sphere of influence.

Notwithstanding, it seems that the supporters of the general’s participation in the council are inclined to believe that the ghosts of the past can serve a useful purpose in the present. Many commentators see the decision to include Jaruzelski in the council as a political move to cozy up to Russia ahead of an important state visit. And, to be fair, Russia seems to be playing along by finally admitting by act of Parliament, that the massacre of Polish officers and intelligentsia in Katyn was a Stalinist war crime.

And, as with all contentious issues in Polish public life, there’s never any shortage of differing verdicts, filling the spectrum from an ethically unacceptable sinister haunt, to a harmless albeit expedient jaunt.