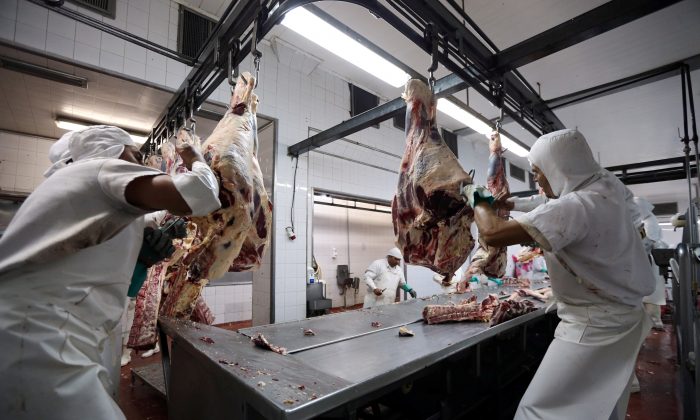 Food and energy importers are being hit with export bans and restrictions in a number of countries at the start of 2022: Argentina’s two-year ban on beef, Indonesia’s ban on coal, Mali’s ban on grain and related products, and Russia and Ukraine’s continued wheat export caps.

In an effort to curb rising prices in the country, the Argentine government issued decree No. 911 on Jan. 3, extending its export ban on seven beef cuts until Dec. 31, 2023.

In 2021, Argentina suspended beef exports to adjust domestic beef prices. Argentine President Alberto Fernandez once said the main reason for soaring Argentine beef prices is exports to China, which surpassed the United States as the world’s largest beef importer in 2019.

In addition to beef, the Argentine government announced restrictions on corn and wheat exports on Dec. 17, 2021. In 2022, Argentina restricted corn exports to 41.6 million tons and wheat to 12.5 million tons in an effort to secure domestic food supplies. Argentina is the world’s second-largest corn exporter, exporting 39.8 million tons in 2020–21, behind only the United States. It is also a major supplier of wheat to South America, exporting 11.2 million tonnes in 2021.

Mike Sun, a private investment consultant in North America, told The Epoch Times, “Argentina is a food exporter. Restricting or banning food exports is not optimistic for the world’s food supply chain.”

In 2021, due to the pandemic and extreme weather, at least 13 countries imposed export restrictions to ensure domestic food supplies. With tight supply and strong demand, international wheat prices have risen for several months. Uzbekistan, which imports 35 percent of its wheat, removed import duties on flour, vegetable oil, and other products on Dec. 30, 2021. The exemption will remain in effect until Dec. 31, 2022.

Other than food, Sun believes the global supply chain for minerals is also “fraught with uncertainty.” An example is the new president of Argentina’s neighbor, Chile, who has proposed nationalizing mineral resources, especially the globally contested lithium.

“Chile’s decision to go after lithium, one of the world’s hottest sources of clean energy, rather than the traditional copper, is a sign that countries are recognizing the value of bulk commodity, which is bound to affect global supply,” he said.

Chile is the number one producer of copper and the number two producer of lithium in the world. On Jan. 4, Chilean lawmaker(s) introduced a bill to the lower house of Congress seeking an injunction to block the outgoing government’s plan for a 400,000-ton lithium mine contract in the country.

Chile is not the first country in Latin America to restrict exports of minerals. Octavio Romero Oropeza, chief executive of Mexico’s National Oil Company Petroleos Mexicanos (Pemex), said at a news conference on Dec. 28 that as the company ramps up refining capacity to meet domestic fuel demand, it plans to reduce crude oil exports to the United States to 435,000 barrels a day by 2022 and halt them completely by 2023.

In East Asia, Indonesia’s restrictions on coal exports have hit Japan, which said the ban has seriously affected its economy and people’s livelihood and called on Indonesia to resume exports as soon as possible. On the last day of 2021, the Indonesian government announced a ban on coal exports in January 2022. Even ships that are loading coal are required to supply it to domestic power plants.

While the Indonesian government has partially lifted the ban on coal exports ahead of schedule, it plans to restrict Liquefied Natural Gas (LNG) exports in 2022.

In a statement released in early January, Special Task Force for Upstream Oil and Gas Business Activities (SKK Migas) said, “Right now, all related parties are ensuring the availability of energy for electricity, especially in the first quarter of 2022.”

How Far Can Chinese Companies Go in Overseas Lithium Bidding

On Jan. 14, a Chilean court accepted a request from the governor of the Atacama region and indigenous communities to suspend two lithium production contracts awarded by the Chilean government on Jan. 5. BYD Company Limited, a Chinese new energy vehicle company, is one of the contract recipients, while the other is a local Chilean company. The two companies were each awarded a quota of 80,000 tonnes of lithium ore for a total purchase of $120 million.

Huaxi Securities commented in its weekly industry report on Jan. 17, worrying that the acquisition agreement signed by Zijin Mining in October 2021 may not be as good as expected in terms of acquiring lithium resources in the future. At present, many countries are upgrading lithium as a national key strategic resource, which makes overseas acquisition complicated. According to Huaxi Securities, although the Canadian Liberal government on Jan. 12 allowed Zijin Mining to bid for Canada’s Neo Lithium Corp without initiating a formal national security review, the Canadian government’s initial approval does not guarantee that the bid will not be formally reviewed in the future.

In recent years, as the global output of new energy vehicles grows rapidly and the demand for power batteries expands, the price of upstream lithium ore is also rising. Due to tight supply and demand, Spodumene concentrate (6 percent, CIF China) averaged $1,900 per ton on Dec. 2, 2021, up more than 150 percent from August to December. CIF refers to the price of cost plus insurance and freight.

Although China has identified about 13.8 percent of the world’s lithium resources, ranking after Bolivia, Chile, Argentina, and the United States, the vast majority of China’s lithium resources are located in ecologically fragile areas on the Qinghai-Tibet Plateau, where the natural environment is harsh and the conditions for development are poor.

Restricted by this condition, Chinese companies have already started to snap up lithium resources around the world. In particular, in September and October 2021, Zijin Mining, Ganfeng Lithium, and Contemporary Amperex Technology Co., Limited (CATL) all acquired rights to develop lithium mines in Argentina through equity acquisitions, costing a total of $1.335 billion.

Among them, Zijin Mining acquired Neo Lithium Corp. in cash, and if delivered, will receive 13 mining rights in Argentina. On Oct. 11, 2021, Zijin Mining announced that it has entered into an agreement to acquire all of the issued common shares in circulation of Neo Lithium Corp. for cash at approximately $5.1 per share. The transaction amount was approximately $758 million.

The core asset of Neo Lithium Corp. is the wholly-owned Tres Quebradas Salar (3Q) lithium salt lake project located in the Catamarca Province in northwestern Argentina. The 3Q project has 13 mining rights, with large resources, high grade, low impurities, and good development conditions. Argentine law provides that mining rights can be held for an unlimited period of time as long as the holder meets the provisions of Argentina’s national mining law, including annual standard payments and minimum investment commitments.

On Jan. 11, Neo Lithium Corp said it had obtained an environmental impact assessment report from the Catamarca provincial government on the construction and development of the 3Q project, which was a condition for Zijin Mining’s deal to close.