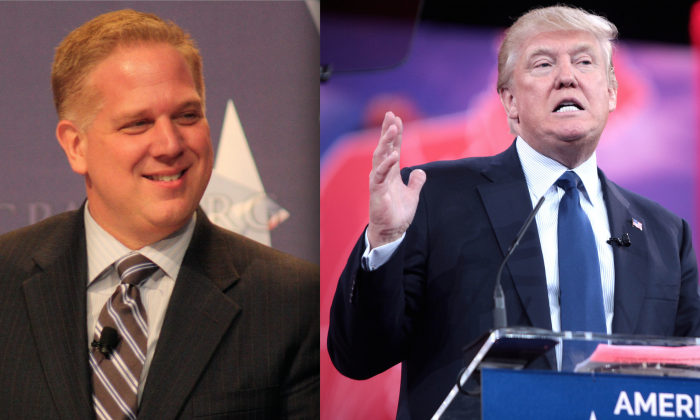 Glenn Beck Under Investigation After Threatening to Stab Donald Trump

Glenn Beck is under investigation from the Secret Service after threatening to stab Donald Trump to death on his radio program, CBS reports.

On his radio program on Friday, Beck said, referring to Trump, that “if I was close enough and I had a knife. Really. I mean the stabbing just wouldn’t stop.”

Beck himself is under investigation by the Secret Service, who also made a stop at the office of the Blaze, Beck’s news network.

Thanks to yellow journalism, Dallas Secret Service visited The Blaze HQ about the false stabbing story.

Beck is a well known critic of Trump, having penned lengthy editorials against the GOP front-runner. In August, Beck called Trump a “son of a b*tch” and a “big loser,” the Hill reports.

Trump has insulted Beck in turn.

Word is that crying @GlennBeck left the GOP and doesn’t have the right to vote in the Republican primary. Dumb as a rock.

Stu Burguiere, an employee on Beck’s show, defended his boss, stating on Facebook that the comment, a joke, was directed at him, not Trump.

Jokes about assassinating Trump are not uncommon on social media, and they’re not all from anonymous trolls either.

an intervention is expensive; bullets are cheap and so are rich men https://t.co/PYWW9xeBiG

Sarah Nicole Prickett is an occasional contributor to the New York Times Magazine.