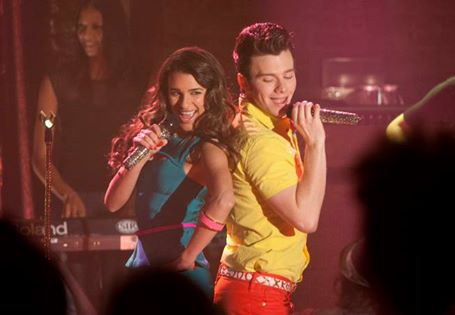 Glee season 6 is currently being developed, and some new spoilers have been coming out.

Let’s check out what we know about the last season of the show.

—–The location for the season still isn’t totally clear, but Jane Lynch (Sue) recently told FOX that the season will be a homecoming of sorts.

“We’re all going to be coming back together in Ohio at McKinley,” she said. Glee co-creator Ryan Murphy has previously said a return to McKinley was possible — in a “very nostalgic way” — but he explained Season 6 would have a location all its own, according to Wetpaint.

“In our expert opinion, we expect the majority (or at least the start) of Season 6 to follow Rachel(Lea Michele) and take place in this mystery location as she shoots her pilot. All signs are pointing to said mystery location being Los Angeles, but nothing has been confirmed,” the blog said. “Then, after she’s wrapped in said mysterious locale, Rachel will return — possibly with the help of a time jump — to Ohio, McKinley, and all her old pals.”

Lea Michele told Entertainment Weekly Radio that the season is not set in New York.

—–NeNe Leakes wants back on the show for its final season.

“We’ve been talking back and forth, I’m hoping to be back. I’ve done it for three seasons. I’m happy to go there, I love the cast, I love Ryan Murphy, I’m happy to go back.”

Murphy previously said that any of people involved with the show are welcome back for the final season. “We have, or we will be, reaching out to all the regulars on the show — the original group of glee club members and teachers, and anyone who wants to come back. Anyone who wants to be a part of the show, we welcome them,” he told TVLine.

“When we just had our big 100th episode celebration, I spoke to many of them, and everybody in the cast seems to look back on the show with such fondness and nostalgia. I think everybody wants to come back and end that story correctly, so that’s our answer. Anybody who wants to be a part of that ending, we’d love to have you.”

—–The ending was worked out but then Cody Monteith died, prompting a revision.

“I’ve said it before, and it was even in Cory’s eulogy, but that was the ending of the show for me, these two star-crossed lovers having a happy ending and both getting their dreams,” Murphy said. “So the fact that that can’t be is a big pain in all of our hearts. We have to pause and think, ’What are we going to do with Rachel?’”

“We do have a final idea that we’re working on that I think is very powerful and moving,” Murphy said. “It’s about Rachel and Mr. Schue, and it returns them to their origins, their roots, how they felt about each other when they were much younger and everything was idyllic. I think the ending has to be a reflection and a celebration of how far all those characters have come.”

—–Season 6 could also include a new love interest for Rachel

“This year what we decided to do was to remove the equation of anybody coming in and taking Finn’s place, because I don’t really think that’s possible. And I think that worked out quite well. I really liked dwelling on Rachel’s career again. She’s going to be a star,” said Murphy.

“So we have to make that decision in the next couple of weeks or months: Is Rachel going to have another romance or does the second half [of Rachel’s life], romantically, happen when Glee is over? That’s something we’re debating. It’s hard.”