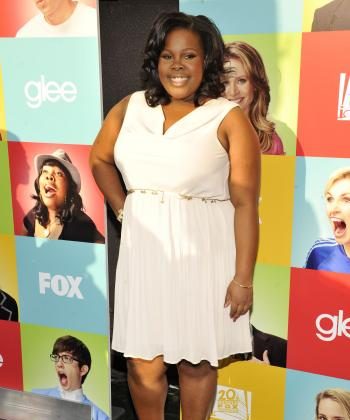 Amber Riley of the cast of `Glee.`
Entertainment

Michele Goncalves
View profile
Follow
biggersmaller
Print
The uber popular television musical comedy show “Glee,” which has received an amazing 19 Emmy Award nominations, will have a line of hoodies and tops on sale at Macy’s starting August 15. The clothes will be inspired by the shows various themes.

"'Glee' fans or 'Gleeks,' just don't watch the show—they live it. This retail launch will provide fans a very personal way to extend the 'Glee' experience and express their own 'Glee' personality," noted Robert Marick, Executive Vice President of Fox Consumer Products, in a statement. "Macy's has treated this launch as the kind of event that is a true homage to the show."