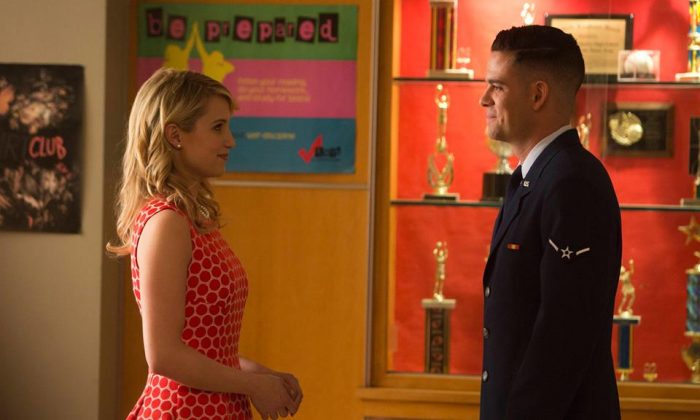 Quinn and Puck are among the characters returning for the special 100th episode of "Glee." (Fox)
Entertainment

The show is in the middle of its fifth season. The second part will air on March 25, also at 8 p.m.

“Current and past members of New Directions reunite for one final assignment–to reinvent their favorite performances. But these new versions of the series’ most iconic tracks should not be seen as goodbye to glee club. On the contrary, they are celebrations of what the club has meant to each and every member,” according to Fox.

Live streaming will be available via FOX NOW and FOX On Demand.

4. “Raise Your Glass”* featuring Morrison (Will) and Chenoweth (April)

8. “Total Eclipse of the Heart”* featuring Morrison (Will) and Chenoweth (April)

11. “I Am Changing” featuring Riley (Mercedes) and Colfer (Kurt)

12. “Just Give Me a Reason” featuring Agron (Quinn) and Salling (Puck)