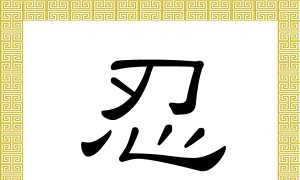 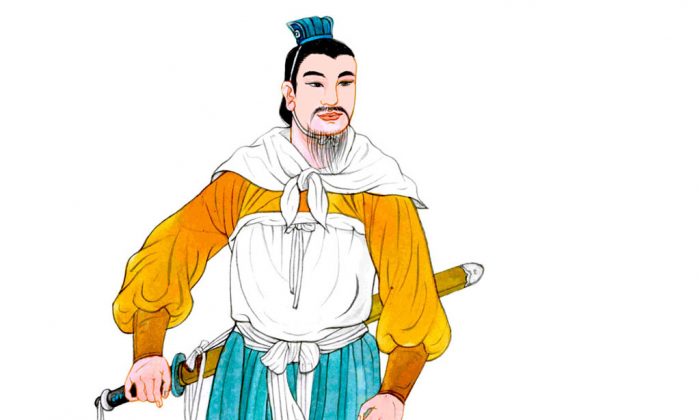 Let one drop of kindness be repaid with a fountain of reward, said the ancient Chinese. Many of them meant it.

According to the teachings of Confucius, one must not only repay kindness but also do so generously. In the Rules for Students, a rhyming text typically memorized by children, it is said: “Repay kindness, forget grudges; Settle grudges quickly, reciprocate kindness gratuitously.”

Lessons of gratitude have been frequently passed down in Chinese history and folklore, as exemplified by the stories of three ancient statesmen.

Over 2,000 years ago, about 200 years before Christ, there was a great general called Han Xin who played an instrumental role in the rise of the Han Dynasty. In his youth, Han Xin was destitute and suffered many hardships that steeled his heroic character.

One time, a very hungry Han Xin was at a river, trying his hand at fishing. Several women were there washing clothes, and most ignored the impoverished youth. One, however, took pity on Han Xin and offered him some food.

After taking his meal, Han Xin said, “Madam, I shall repay you in full.”

The lady was skeptical: “Young man, you can’t even feed yourself. I fed you out of pity, don’t think about repaying me.”

Han Xin practiced martial arts and carried a sword. On one occasion, while walking in the streets, Han Xin encountered a hooligan who blocked his path.

Looking for a fight, the hooligan demanded that Han Xin crawl between his legs before continuing, or be prepared to use his blade. Back then, to crawl between another’s legs was an incredibly humiliating act, especially for a warrior.

It would have been easy enough for Han Xin to lop off the ruffian’s head and be on his way, but he decided against it. As the man jeered at him, he got down and subjected himself to the humiliation, then left as though nothing had happened.

The years passed and Han Xin rose to greatness, defeating the enemies of the Han and making possible the establishment of a glorious dynasty that would give modern Chinese the name of their script and ethnicity.

True to his word, Han Xin sought out the washerwoman, by now an old lady, who had once fed him. He gave her a handsome sum of gold taels, which she accepted only on his insistence.

Han Xin knew that the bully’s act of humiliation, as well as the woman’s act of kindness, had contributed to his personal growth, so Han Xin sought him out. He bestowed a moderate reward upon the man, who, seeing the general’s magnanimity, learned his lesson and thanked him greatly.

Seeing that the boy he once bullied had become such a distinguished personality, the man prostrated himself before Han Xin and begged for forgiveness.

A Tribal Horde Rescues Duke Mu for a Past Favor

The fulfillment of gratitude is a duty to be observed regardless of social class. Hundreds of years before Han Xin’s time, the land now called China was made up of mutually sparring powers. This was the 500 years of disunity known as the Spring and Autumn and Warring States period. Despite the campaigns and conspiracies that characterize that period of history, it has also left us many tales of cooperation and honor.

In the 7th century B.C., the western Chinese state of Qin was at odds with the powerful Jin State. One year, there was a famine in Jin. The ruler of Qin, Duke Mu, was moved by the plight of the Jin people, and made a humanitarian decision. He shipped large quantities of grain via the Yellow River to rescue Jin from starvation.

The next year, however, Qin suffered its own famine and asked Jin for help. Jin’s ruler, Duke Hui, not only refused aid but even sent an expeditionary force to seize disputed border territories.

Duke Mu of Qin was furious, and he rushed onto the battlefield with his men. But the troops of Jin were well-prepared and quickly surrounded Duke Mu’s force.

All hope seemed lost, but a band of 300 rural tribesmen suddenly showed up for the action, slashing away at the surprised Jin soldiers. The sneak attack was so effective that the Qin troops not only escaped encirclement but also came out victorious and captured Jin’s ruler, Duke Hui.

Duke Mu was just as puzzled as his enemy. Who were these people? Why had they rescued him?

As it turned out, the tribe had come to repay a debt. Some years prior, Duke Mu had lost several prized horses, which were caught and slaughtered. Qin authorities soon found out what had happened to the steeds, but it was too late and the tribesmen were already feasting away.

At first, Duke Mu wanted to execute the whole lot, but he relented—the horses were gone, and brutally killing a few hundred people would not bring them back.

Instead, the duke offered the tribesmen fine wine to go with their meal. It was Duke Mu’s tolerance and forgiveness that brought these people to his aid in his moment of peril.

Minister Wu Zixu Remembers the Fisherman Who Ferried Him to Safety

Two centuries later, the powerful kingdom of Wu marched troops against Zheng State. Its ruler, Duke Ding, struggled to find a way out of this predicament. He promised a handsome reward to anyone who could help him save the state of Zheng from destruction.

Four days went by, but nobody could think of anything. Finally, a young fisherman presented himself and said, “I can turn back the Wu army.”

The duke asked: “How many men and chariots will you need?”

“I don’t need soldiers or weapons. This oar will suffice,” the fisherman replied.

Then he headed for the Wu forces, which were commanded by the great minister Wu Zixu.

Years earlier, Wu Zixu had served as a royal official in the state of Chu, his homeland. When the king had Wu’s brother and father executed under the persuasion of a corrupt adviser, Wu Zixu knew he was next. Chu soldiers in pursuit, he set out on a perilous adventure to escape the country and ensure that the crimes committed against his family be met with justice.

Along the way, Wu Zixu came to the mighty Yangtze River. Hiding among the reeds, he saw an old fisherman, who then helped him cross the river. Having done this, the old man, seeing the greatness of Wu Zixu’s stature and understanding the gravity of his mission, knew that the authorities would question him when they too came his way. To ensure his silence, he capsized his boat and drowned himself.

Wu Zixu was deeply moved: “I lived because of you, you died because me. The tragedy!” he wept.

Eventually making it to the Wu kingdom and becoming a successful minister and general, Wu Zixu began his preparations to strengthen Wu and extinguish Chu, thus bringing our story back to the attack on Zheng State, which was caught between the two powers.

The young fisherman sang and beat his oar as he approached Wu Zixu’s camp.

The general came out from his tent and asked, “Young man, who are you?”

“Don’t you recognize this oar? It belonged to my father, who once saved your life with it,” the fisherman said.

“You are attacking our state,” the young man said. “If I can put an end to your invasion, Duke Ding will reward me. Great general, remember my late father!”

“Only because your father saved me could I live to see this day. How can I forget his favor?” said Wu Zixu. He immediately ordered his troops to withdraw back to Wu.

The young fisherman was a hero. The duke of Zheng rewarded him with a hundred acres of fertile land, and he became a well-regarded local official.

Wu Zixu’s actions and personality have been remembered as a paragon of traditional Chinese integrity. He at once fought to ensure that those who wronged him meet with justice, while never neglecting to repay those who came to his aid.