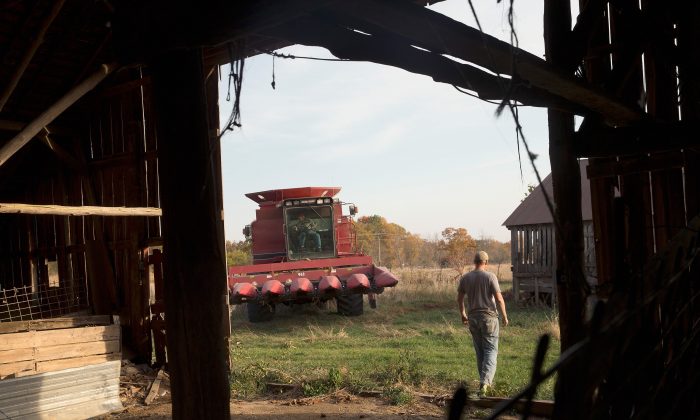 The Trump administration is trying to repair relations with Farm Belt producers of ethanol and its main feedstock, corn, after a policy change allowing nearly a quarter of the nation’s oil refiners to mix less ethanol into their gasoline has been met with resistance from officeholders and trade groups representing farmers.

The administration recently granted hardship exemptions to 31 of the nation’s 135 petroleum refineries from ethanol-blending rules but has had to deal with reportedly rising political discontent in the affected parts of the country. Current law requires refiners to blend biofuels into the nation’s gasoline inventory or purchase compliance credits to subsidize refiners who can. Refiners say biofuel mandates are onerous and have lobbied against them. The exemptions save the oil industry compliance costs.

Citing unidentified sources, Reuters reported that President Donald Trump conducted a two-hour meeting on Aug. 19 with members of his Cabinet after granting exemptions under federal biofuel laws and receiving negative feedback from corn and ethanol producers, which have lobbied against such exemptions.

Undoing the exemptions was discussed as a way of placating the ethanol lobby, but the proposal was rejected. Although the EPA said this week there was “zero evidence” the waivers have reduced ethanol demand, the administration is reportedly considering other means of increasing demand for ethanol.

America’s biggest producer of ethanol, POET, said this week, it will reduce production at its factories because of the waivers.

“POET made strategic decisions to support President Trump’s goal of boosting the farm economy,” company President and Chief Operating Officer Jeff Lautt said. “However, these goals are contradicted by bailouts to oil companies.”

The president’s reelection campaign is also reportedly dealing with Democratic presidential candidates taking advantage of the discontent in agriculture-oriented states that traditionally lean Republican. Some in the agriculture sector are also nervous that Trump’s get-tough approach with China on trade is hurting their livelihoods.

But there is also anger in GOP circles.

Iowa’s Republican Sen. Chuck Grassley said the EPA “screwed” the ethanol industry and farmers by issuing the waivers to refineries.

“They screwed us … when they issued 31 waivers,” Grassley told Iowa Public Television. “Compared to less than 10 waivers during all the Obama years … What’s really bad isn’t a waiver, it’s that it’s been granted to people who aren’t in hardship,” he said, adding he would discuss the issue with the president.

“Not only is the government not keeping its word, but it’s also screwing the farmer when we have low prices for (corn),” Grassley said separately, on a weekly conference call.

Iowa, the nation’s largest producer of corn and ethanol, was considered a key battleground state in the 2016 election cycle, and Trump’s support for ethanol is thought to have helped him win the Hawkeye State.

In 2016, Trump and Mike Pence won Iowa’s six electoral votes (out of the 270 needed to secure the presidency), garnering 51.1 percent compared to 41.7 percent for the Hillary Clinton–Tim Kaine ticket, and 3.8 percent for the Libertarian Party ticket of Gary Johnson and Bill Weld. Weld, who was the GOP governor of Massachusetts from 1991 to 1997, is running against Trump for the Republican 2020 presidential nomination.

“For the first time in my life, I’ll vote for a Democrat, for Joe Biden, because Trump will have lied to us about supporting ethanol,” Marquis was quoted as saying. “I feel misled and lied to, quite frankly.”

According to the U.S. Energy Information Administration (EIA), about 10 percent of the nearly 143 billion gallons of gasoline consumed in the U.S. in 2018 was ethanol. Most of the gasoline now sold in the country contains some ethanol. Most ethanol is blended into gasoline, to comply with the requirements of the 1990 Clean Air Act and the Renewable Fuel Standard set out in the Energy Independence and Security Act of 2007.

Although most gasoline sold in the U.S. contains no more than 10 percent ethanol by volume, the E15 and E85 blends contain 15 percent and 85 percent, respectively. The energy content of ethanol is about 33 percent below that of pure gasoline. While some critics say that ethanol harms internal-combustion engines, ethanol supporters dispute that.