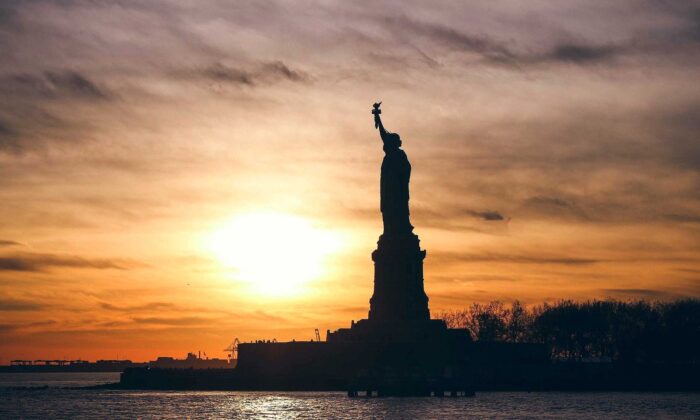 Given How Flawed Human Nature Is, America Has Been a Remarkable Moral Achievement

Given how flawed human nature is, America has been a remarkable moral achievement.

This is the truism that separates the wise man from the fool.

This is the truism that separates the left from the anti-left.

Those who acknowledge how flawed human nature is compare America to reality. Those who do not, compare America to some utopian image: a country free of inequality, prejudices, intolerance, sexual misbehavior, greed, etc. This divide helps explain why those who hold a biblical worldview—usually religious Jews and Christians—are more likely to appreciate America than those who do not. It is fundamental to Judaism and Christianity that “the will of man’s heart is evil from his youth” (Genesis 8:21).

I offer a partial list of bad traits inherent to human nature. When perusing it, one can only marvel at how good a country America became.

No. 1: A yearning for power over others.

This yearning is what has animated nearly every political leader in history. There are people who do not have a personal craving for power and seek positions of power solely because of a calling. But these people are rare.

The American Founders understood this. They created a unique political system to minimize power and to maximize checks on power. That is the reason for the division of power among three coequal branches of government and the reason states were given so much power. Thus, America was established to be a republic, not a pure democracy. In addition, the Founders did not trust the majority with great power, which is the reason for two nondemocratic institutions: the Electoral College and the Senate. And that is why the left, which is rooted in a desire for power—and therefore a desire for evermore powerful government—loathes the Electoral College and the Senate.

No. 2: A yearning for fame and recognition.

This, along with the yearning for power, is what drives and has driven nearly all politicians in world history, but it is hardly isolated to politicians. For example, it is largely what animates Hollywood actors. That is one reason no other profession gives itself as many awards as does Hollywood. Increasingly, however, being a star is also what animates journalists and, to the extent possible, academics and other intellectuals.

No. 3: A yearning to feel and be considered important and morally superior.

This is nearly universal. People—historically men, but increasingly women—ache to believe they are important. There is nothing inherently wrong with this yearning. However, it can lead people to engage in irresponsible, even evil, behavior—solely because it makes them feel important. This explains why the left fights largely nonexistent evils such as “systemic racism,” “white supremacy,” “white privilege,” and “capitalism.” Fighting evil, even make-believe evils, makes one feel important and morally superior to those who do not fight these evils.

Consider how many men have lost everything—their money, reputation, livelihood, even their family—in order to gratify their sex drive. The reason there has been so much irresponsible and sometimes evil sexual behavior is not because of “sexism” or “patriarchy,” but because of this drive. The wonder is not how much sexual impropriety exists in America; the wonder is how little there is compared to the past, compared to virtually every society in history and compared to many societies today.

This has largely been the result of the influence of Judeo-Christian ethics. Prior to the baby boomer generation, most American men were raised to believe that manhood was defined by marriage and by taking care of a family. With the left’s assault on Judeo-Christian religions, more and more young men feel free to revert to their animallike sexual nature, which is not monogamous and not naturally inclined to getting married and making a family.

The desire for more money and material possessions is built into the human condition. There is nothing wrong with wanting to make more money and have a nicer home. In fact, it is usually a good thing; it is what animates people to work hard and invent things. Greed, however, is the word we use to describe a yearning for material wealth so great that it overpowers moral considerations—which it has throughout history. It is the reason for corruption, an evil that constitutes the single greatest reason countries do not develop. Like every other country, America has always had its share of greedy individuals, but there has generally been far less corruption in America than elsewhere—a major reason for America’s unique prosperity.

This, too, is rapidly changing. Like the other negative impulses of human nature, greed was held at least somewhat in check by religion. Every Bible-based religion taught its followers self-control. With the demise of religion, the only thing left to control people is the state. But when the state becomes a substitute for religion in attempting to control human nature, one ends up with a police state, which may well happen here.

Gratitude is not built into human nature. That’s why good parents tell their children thousands of times, “Say ‘thank you.’” Gratitude needs to be cultivated. And throughout American history, it was. The great majority of Americans and new immigrants to America were profoundly grateful to be American. Of course, many blacks had legitimate reasons not to be grateful to be American. But, over time, that has changed. However, the left has told every group other than white males that they should have no gratitude for being American. One could say that most college and graduate school degrees today are degrees in ingratitude. The left knows it can only win elections when the majority of Americans are ungrateful.

Given human nature, America has been an extraordinary accomplishment. However, given the left’s largely successful elimination of Judeo-Christian and middle-class values—and the consequent unleashing of human nature—that accomplishment may not survive.