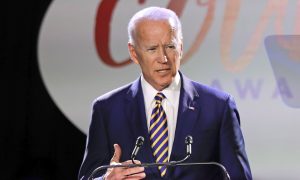 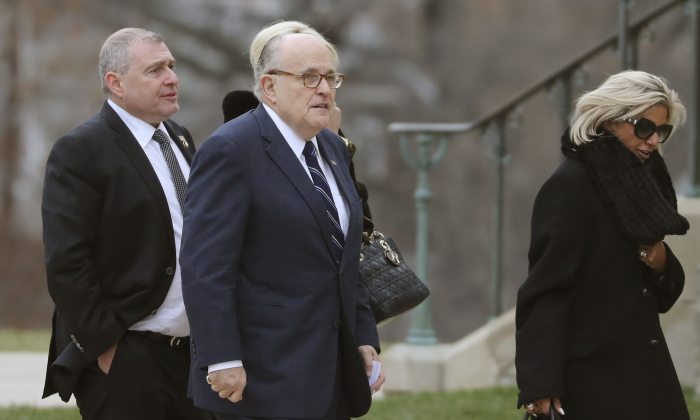 President Donald Trump’s attorney Rudy Giuliani canceled a trip to Ukraine on May 11, saying he changed his mind after learning that his planned meetings were set up by a group of Ukrainians who are “enemies” of Trump.

Giuliani originally planned to travel to Ukraine to push the nation’s leaders to carry out two investigations: one into presidential candidate Joe Biden and his son, Hunter Biden, and another into the origins of the Trump–Russia probe.

As vice president, Joe Biden boasted that he forced Ukraine to sack its top prosecutor. At the time of his firing, the prosecutor was reportedly investigating alleged corruption by a company at which Hunter Biden was a board member.

“I’m not going to go because I think I’m walking into a group of people that are enemies of the president, in some cases, enemies of the United States, and in one case, an already convicted person who has been found to be involved in assisting the Democrats with the 2016 election,” Giuliani said.

“I think this was a setup,” he added later.

Giuliani identified the “convicted person” as a “gentleman by the name of Leshchenko,” a reference to Serhiy Leshchenko, a member of the Ukrainian Parliament. In response to Giuliani’s comments, Leshchenko clarified that he was never convicted of a crime.

A Ukrainian court ruled in December last year that the release of a “black ledger” by Leshchenko and another Ukrainian official amounted to interference in the 2016 presidential election in the United States. The ledger detailed financial transactions by then-Trump-campaign Chairman Paul Manafort. Manafort resigned from the campaign when the ledger surfaced.

Before Giuliani canceled his trip, Democrats attacked Giuliani’s plan, saying it amounted to an attempt to solicit foreign help to influence the 2020 election. Giuliani dismissed the criticism in an interview with Fox News on May 11.

“The reality is this has nothing to do with the election of 2020. The election of 2020 is a long time from now. And if I wanted to meddle in that election—which I don’t—I could have held this for a year and dropped it right before the convention,” Giuliani said.

“The reality is I came about this by accident investigating Ukrainian collusion with Democrats to affect the election and also to create a false narrative against the president,” he added.

Speaking about the “Ukrainian collusion with Democrats” Giuliani specifically pointed to an alleged January 2016 meeting at the White House during which, Obama administration officials reportedly asked Ukrainian officials to revisit an investigation into payments to American citizens from Ukraine’s Russia-backed Party of Regions. The FBI’s investigation of the payments previously led to Manafort, but the bureau dropped the investigation in 2014 without charging him.

Giuliani added that he canceled the trip to avoid adding the perception of politicizing the matter.

“I will get out of it. In order to remove any political suggestion, I will step back and watch it unfold,” Giuliani said.

Giuliani first revealed his plans to The New York Times on May 9. At the time, he defended the decision as legal and proper.

“There’s nothing illegal about it,” he added. “Somebody could say it’s improper. And this isn’t foreign policy—I’m asking them to do an investigation that they’re doing already and that other people are telling them to stop. And I’m going to give them reasons why they shouldn’t stop it because that information will be very, very helpful to my client, and may turn out to be helpful to my government.”