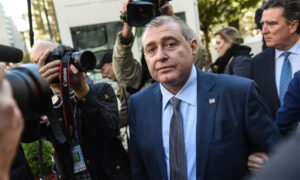 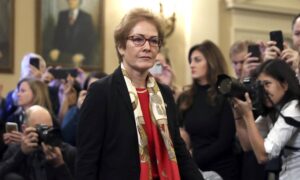 Ukraine Investigating Reports of Surveillance of Former US Ambassador Yovanovitch
0 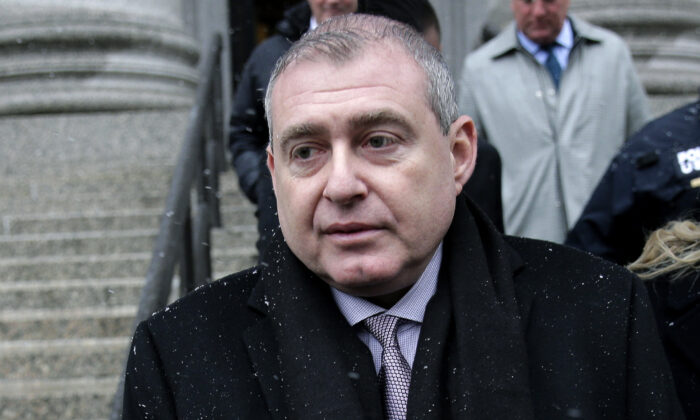 Lev Parnas, a businessman indicted for making illegal contributions to politicians and a political action committee, wants Attorney General William Barr to recuse himself from overseeing the case.

Parnas claims there are conflicts of interest and that it’s in “the public interest to remove this matter entirely from the Department of Justice.”

Parnas lawyer Joseph Bondy said in a Jan. 20 letter to Barr that Parnas wants a special prosecutor from outside the Department of Justice (DOJ) to handle the case.

Bondy cited mentions of Barr in President Donald Trump’s July 2019 phone call with Ukrainian President Volodymyr Zelensky and in the complaint filed by an anonymous person regarding the call, as well as other requests for Barr to recuse himself by groups such as the New York City Bar Association, and Democrats on the Senate Judiciary Committee.

The alleged conflict of interest “appears to have caused actual harm to Mr. Parnas,” Bondy said, “who, given delays in the production of discovery in his federal case, was rendered unable to comply with a duly-issued congressional subpoena in time for congressional investigators to make complete use of his materials or properly assess Mr. Parnas as a potential witness.”

The DOJ didn’t immediately respond to a request by The Epoch Times for comment.

Parnas has made claims about Barr, but has presented no evidence of his claims. The Department of Justice on Jan. 15 rejected the claims, calling them “100 percent false.”

Others have reacted to claims by Parnas. White House counselor Kellyanne Conway called him “desperate”; Trump said he didn’t know him; Ukraine’s foreign minister said Parnas isn’t trustworthy; and Secretary of State Mike Pompeo said his department is looking into allegations by Parnas that former U.S. Ambassador to Ukraine Marie Yovanovitch was surveilled by associates of Giuliani.

Democrats sent evidence Parnas submitted to the Senate to use during the Trump impeachment trial and have said that he appears to be a legitimate witness.

“Under other circumstances, if somebody like Parnas came forward and there was evidence—there was reason to believe that some of that was factual—there would be a special prosecutor appointed,” House Speaker Nancy Pelosi (D-Calif.) said on Jan. 16.

But Barr, Pelosi said, wouldn’t appoint a special prosecutor “because he’s implicated in all of this.”

According to an indictment against Parnas and associate Igor Fruman, Parnas made illegal straw donations, including $325,000 to a political action committee that supports Trump. Both have pleaded not guilty.

“Lev is someone I was close to. Obviously, I was misled by him. I feel very bad. I still feel sorry for him. I’m not going to respond to him for each and every one of the misrepresentations he’s made because there were so many,” he said. “If I’m called as a witness, I’m prepared to do it.”