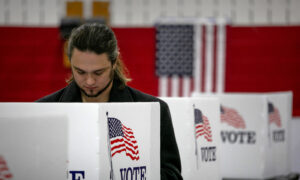 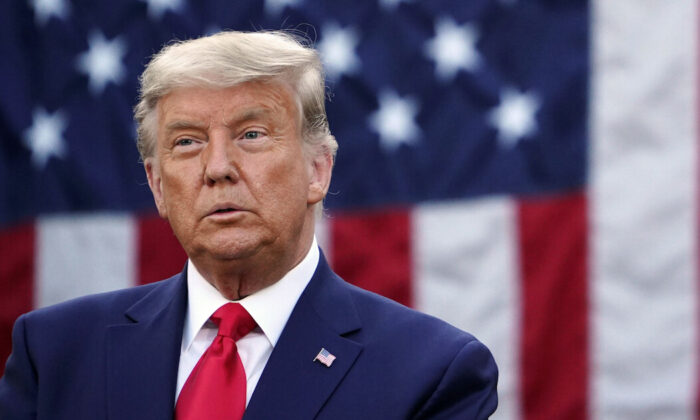 President Donald Trump’s personal lawyer Rudy Giuliani told a federal judge in Pennsylvania that the Trump campaign is seeking to block certification of the state’s election results because of widespread voter fraud.

Giuliani, who was a late addition to the campaign’s legal team, made the assertion during his opening statement before U.S. District Judge Matthew Brann on Nov. 17, in a case alleging that the state’s election process violated the Constitution because of differing standards of verification and transparency for mail-in versus in-person voters.

Lawyers representing the state’s Secretary of State Kathy Boockvar, election officials, and various advocacy groups are trying to convince the judge to dismiss the lawsuit, arguing that the case made vague and unsupported allegations “on the basis of repeatedly-rejected legal theories and no evidence.”

In his attempt to convince Brann to keep the case alive, Giuliani argued that “widespread nationwide voter fraud” claims weren’t isolated and had been argued in courts in “at least 10 other jurisdictions.”

Giuliani also asserted that Republican or Trump campaign poll watchers weren’t given an opportunity to be present during the ballot counting, claims that are the subject of other lawsuits but have been removed in this case. In some of those lawsuits, campaign attorneys have said they were allowed to view the counting but weren’t able to observe in a “meaningful way.”

“It just all happened to be big cities, controlled by Democrats, who all of a sudden have decided that you don’t have a right to inspect an absentee ballot,” the former New York mayor said. “The point is, your honor, this is not an accident. You have to be a fool to think that this was an accident.”

Lawyers for the defendants took issue with Giuliani’s arguments. Mark Aronchick, who represented some state counties’ election boards, was critical of the allegations of fraud.

“Mr. Giuliani is talking about another case, some invented case, some fantasy world case. But the case before your honor, they removed those allegations,” Aronchick said in his arguments.

Brann appeared skeptical of the Trump campaign’s request. At one point during the hearing, he asked the campaign to justify their request to block the certification of the state’s election results.

“You are asking this court to invalidate 6.8 million votes, thereby disenfranchising every single voter in the Commonwealth,” Brann said. “Can you tell me how this result can possibly be justified?”

During one line of questioning, Brann pointed out to Giuliani that although the former mayor was alleging fraud, their case wasn’t pleading or seeking relief from fraud.

The judge didn’t rule on the motion on Nov. 17 but allowed the Trump campaign to file a new motion for a preliminary injunction to block the certification of the election results and to file a motion for leave for an opportunity to amend their complaint for the second time. During the hourslong hearing, Giuliani said the campaign had erroneously removed their due process claim in their amended complaint.

The hearing took place on the same day the Pennsylvania Supreme Court ruled to reverse a lower state court decision that guaranteed Republican observers the right to watch ballot counts from no more than six feet away.

In a 5–2 decision, the court said the state’s election code doesn’t set a minimum distance poll observers need to be in order to watch ballot counts and meet the laws’ requirements. The majority added that if the court imposes a distance requirement, as the lower court did, it would be improperly rewriting the statute.