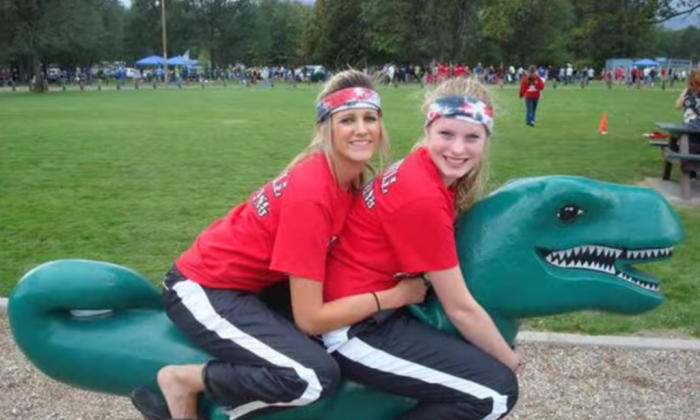 A 17-year-old girl is being remembered a few years after her tragic death as a sort of cautionary tale.

Shelby Allen, from Northern California–a star athlete and honor student–asked her parents to spend the night at the home of her friend, Alyssa.

When Shelby and Alyssa came home from a late-night food run, another friend of their’s, Jane, invited them to her house. In a text message, Jane told Shelby and Alyssa that she and her family had been drinking.

“She was curious about alcohol — curious about how much she could drink until she passed out, just like many other teens. You just drink until you’re out, and then you sleep it off,” Alyssa recalled of her friend.

“Shelby was full of energy and curiosity; her motto was ‘Dig life!’ We all just wanted to have as much fun as we could — and to see how much we could get away with.”

For some reason, Shelby said she wanted to know what it felt like to take 15 shots of vodka.

“I honestly don’t know why she got that number in her head,” Alyssa told Good Housekeeping. “Maybe she saw someone do it at a party. We all told her it was a bad idea, but she was determined to make that her goal.”

The adults in the home where the party took place had gone to bed, as IJ Review noted. After it was 1:00 a.m., Shelby took her first shot of vodka.

When she hit the 15-shot goal around 50 minutes, Shelby got sick: she was gagging and convulsing.

Her friends took her to the bathroom where she became unresponsive. Jane saw the state Shelby was in, and she texted a male friend to come help but he never showed up.

So Jane’s friends propped Shelby up on the toilet and checked on her until they went to sleep.

In the morning, Alyssa found her friend slumped over the toilet with her face covered in blood and her neck was bruised from resting on the toilet for so long. It was later determined that she somehow “strangled” during the night.

When EMS arrived, Shelby was pronounced dead on the scene.

Shelby’s mother, who lost a child to sudden infant death syndrome in 1987, recalled the last moment she had with her daughter.

“Shortly before I lost Shelby, we watched Steel Magnolias together; Shelby, the daughter, dies in the movie, and I remember thinking as I watched my dear girl next to me, How could I be without her? I told my Shelby, ‘Don’t ever leave this world before I do; I couldn’t take it again.’ We sat there sobbing together, and she said, ‘Mom, don’t worry; I won’t!'” she said.

Debbie told Good Housekeeping that Jane should have called 911 after Shelby started convulsing. When her father pieced together what happened, Shelby’s family pressed charges, and Jane was charged with involuntary manslaughter. But the judge in the case acquitted the 16-year-old of all charges, saying Shelby had an “unwavering intent” to drink 15 shots.

Debbie said now she’s trying to educate children on binge drinking. She added that if a person has passed out from excessive drinking, others should try to wake them up and if there is no response, they need to call 911.

“Life gives you two choices when you suffer a tragedy: Give up or move on. I have a husband and another child to love and take care of. I must move on, for their sake if not mine,” she said.

Alyssa, who is a college student, said she continues to have nightmares about the night.

“My stance is that teens shouldn’t experiment with alcohol, which means they shouldn’t drink at all, because what they wind up doing is seeing how much they can drink before they pass out or get sick. They don’t think of alcohol as something that can kill you,” Alyssa said.

“The kids at our high school, right after Shelby died, were all shocked and kind of scared straight. But that didn’t even last very long. Now most of them are drinking just like they did before. One of our friends was talking to me the other day about how wasted she got, how she was throwing up, and I just looked at her like, ‘Didn’t you learn anything from Shelby’s death?'”