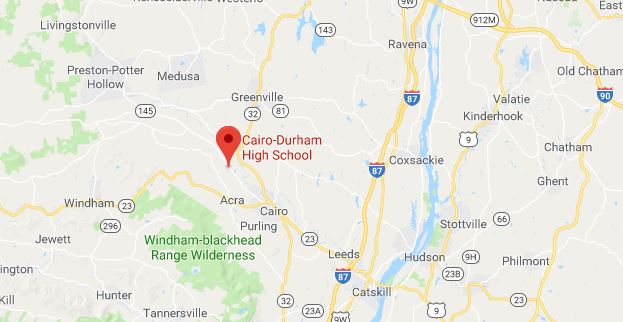 A classmate told a student in New York that he had bullets and intended to harm students at their school, so she punched him in the face.

Crystal Williams-Phillips, a freshman at Cairo-Durham High School, said she punched the student because the threat was real and she felt she had to act.

“I punched the kid in the face because he looked me in the eyes and told me that death was a joke,” she told News10.

“I feel that he was a dangerous person” and that the student who made the threat “admitted it to me and admitted it to other students,” she added.

Williams-Phillips was suspended by the school, as was the student who made the threat.

Even though she was suspended, the freshman said she would have done it again.

“The kid had bullets and that was even scarier for me because something could’ve gone wrong if I hadn’t stepped in and done something,” she said.

The School shooting in Florida on Feb. 14 was in the back of her mind.

A 19-year-old killed 17 and wounded 16 others at Marjory Stoneman Douglas High School in Parkland.

After Williams-Phillips went to the main office and told them about the threat, the school went into lockdown.

Williams-Phillips said that other students were nearby when the threat was made but no one else was doing anything.

“No one else would say anything so I figured I would,” she said.

State police later arrested the student who made the threat, reported News10.

Kimberly Cammarata, a Cairo-Durham High School senior, said that all the students were nervous during the lockdown.

“I was terrified. I was really anxious and it was like every little noise you heard was like what was that? Is someone coming?” she said.

Williams-Phillips is speaking out in part because she’s afraid her honors will be stripped, potentially impacting her efforts to get into college.

The school said it’s still looking into whether her honors will be stripped.