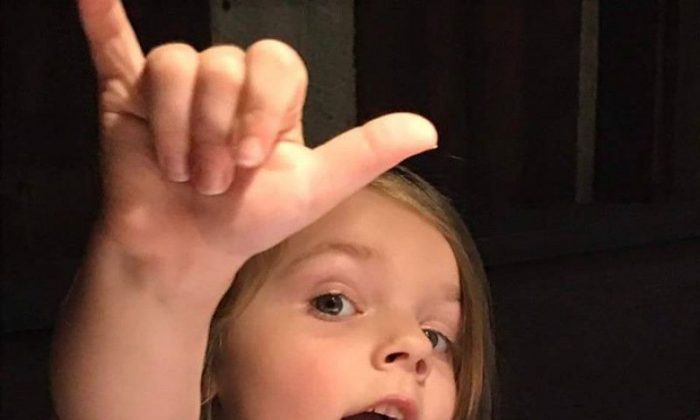 A 5-year-old girl from Florida was just living a normal life up until December last year when she was diagnosed with a deadly brain cancer and was given a less than 10 percent survival rate.

Braylynn Lawhon was looking forward to celebrating her birthday when she was diagnosed with Diffuse Intrinsic Pontine Glioma (DIPG)—a highly aggressive and difficult to treat brain tumor found at the base of the brain—just four days before she was going to turn five.

Doctors told her family that Braylynn may only live for up to a year, however, in early January things took a turn for the worse. After her family was told the little girl had a limited time to live, they gathered family and friends to say their final goodbyes.

Braylynn’s mother, Ally Parker, has been documenting the little girl’s heartwrenching battle with childhood cancer on social media. Her Facebook page, Braylynn’s Battalion, has garnered the support and sympathy of thousands of people.

Parker shared a photo to her page which has been moving people around the world.

The photo shows the heartbreaking moment where Parker’s father, Sean Peterson, sitting beside his granddaughter with grief and tears across his face. Parker’s father suffers from amyotrophic lateral sclerosis (ALS) which renders him unable to speak. But his expression shows the brutal reality of cancer.

The family had just raised enough money for Braylynn to receive treatment in Mexico. Each treatment cost $18,000 each and are delivered every 3-7 weeks, Parker said.

Parker said her daughter is expected to pass away at any moment. In a post on Jan. 7, she expressed her pain in a heartfelt post.

“Today is the day…,” Parker wrote. “Today will be the worst day of my life so far, and in less than a week, I will have a day that is even more terrible.”

“Today is the day that everyone will have to say their final goodbyes, to a FIVE-year-old. This should never happen to anyone. There is no one in this world who is evil enough to deserve to feel what I am currently feeling. My baby girl deserves to live a full, happy life, and so does every other child who has had to face DIPG,” she continued.

“We have to put an end to this. No more kids can get this disease and be allowed to die from it. We HAVE to find a cure, not a damn band-aid. These kids deserve so much more than that, someday soon someone needs to find out what that cure is,” she added.

“Approximately 300 children in the U.S. are diagnosed with DIPG each year. While DIPGs are usually diagnosed when children are between the ages of 5 and 9, they can occur at any age in childhood. These tumors occur in boys and girls equally and do not generally appear in adults,” the website said.