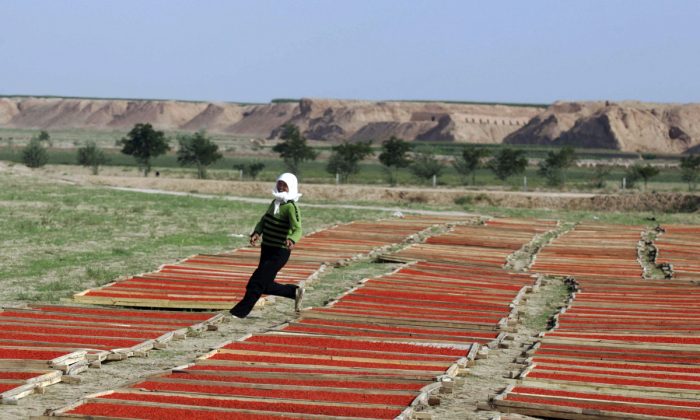 A young girl was beaten to death by one of her relatives after she was knocked unconscious from taking a fall while playing.

In a bizarre twist of logic, the boy who allegedly beat her to death claimed that he was afraid of the repercussions from family members if they discovered she had been knocked unconscious while they were playing, according to Chinese news outlet the Beijing Times.

The girl named Li Yutong was six-years-old. Her body was found one day after the beating, stuffed in a large trash receptacle at the relatives’ house in Yinchuan City on July 14.

The 12-year-old boy involved, surnamed Su, was taken into custody in Ningxia Province of Northwestern China, according to the Beijing Times report on July 17.

Early on July 13, Li went over to her grandfather’s countryside house where Su lived. She would often go there to play, according to the Beijing Times.

While the children were at home, the grandmother would sometimes go out to the fields. This time, when they were unsupervised, the children were playing on a wooden platform when Li fell off and was knocked unconscious, according to a report from the responding police officers.

Su was afraid that if Li woke up, she’d tell the adults what had happened. With this fear, he allegedly took a wooden stick and beat the unconscious girl, according to the Beijing Times. Su allegedly beat her about the head until she was dead.

At an unspecified time, Su then took her body to the family’s large trash receptacle. He left her body inside.

After several hours of not hearing from Li, family members became concerned. They first turned to social media to report that she was missing at about 11:00 a.m. that day. Then, they called the police.

Relatives eventually went looking for Li at her grandfather’s house. When they asked Su if he’d seen Li, he began his short tale of deceit. Su said that she came over for 10 minutes, and then went back to her home, according to the Beijing Times.

Li’s body was found in the afternoon the next day after which police took Su into custody . Police confirmed that Li died from blunt force trauma to her head.

Su claimed that he was scared that he’d be held responsible for Li falling unconscious, according to the police report.