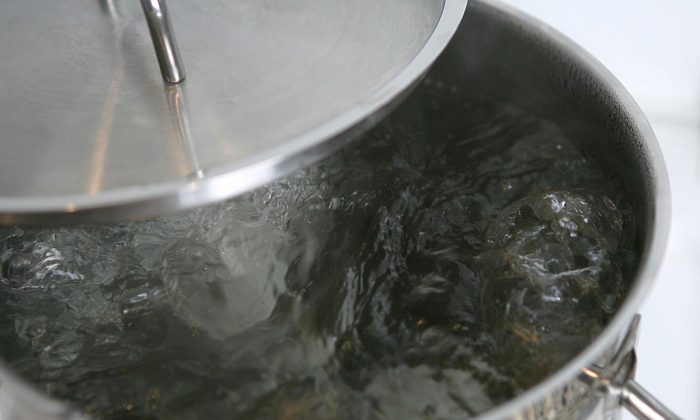 Water boils in a pot on a stove. (Photo Illustration by Andreas Rentz/Getty Images)
News

The mother of an 11-year-old girl who was disfigured by a boiling water ambush at a sleepover party is speaking out. “I want justice for my daughter. I want all that was involved to be brought to justice. I want ACS to come and do their job,” Ebony, the mother of Jamoneisha Merritt, said to ABC 7.

Jamoneisha was at a sleepover party hosted by the same 12-year-old friend that poured boiling water on her face, shoulder, chest, back, and neck as she slept. Jamoneisha’s cousin says the two had an argument before going to bed.

“Her and her friend got into an argument. She told her if she goes to sleep, they were gonna do something to her. So, it was like 3:00 in the morning so she went to sleep. The girl on tape says she boiled water and she threw it on her,” said the cousin, via ABC 7.

Jamoneisha is currently undergoing treatment at Harlem Hospital in New York City. She has not yet seen how her appearance has changed since the incident. “I couldn’t even imagine a child doing that to another child,” said Lawrene Merritt, aunt of the victim, in a CBS 2 interview.

The girl is reported to be doing much better. “She seems to still have the same energy, like nothing ain’t changed her. She’s still smiling, joking, laughing,” said Starshanae Nixon via CBS 2.

The 12-year-old has been charged with felony assault and will be tried as a juvenile in family court. Jamoneisha’s family said this isn’t the first time the party host had bullied her.

As an Epoch Times article reports, an 8-year-old girl in Florida died after drinking boiling water through a straw on a dare. She died months after the incident.

As WBTV reported, a 10-year-old boy from North Carolina suffered severe burns after he tried to directly replicate videos on the internet. He will need several skin grafts.

These cases are considered to be part of a growing and harmful trend involving children and hot water. Police are investigating to see if the choice of boiling water in Jamoneisha’s case has anything to do with the seriously harmful “hot water challenge” trend that is popular on social media, according to Fox 8.