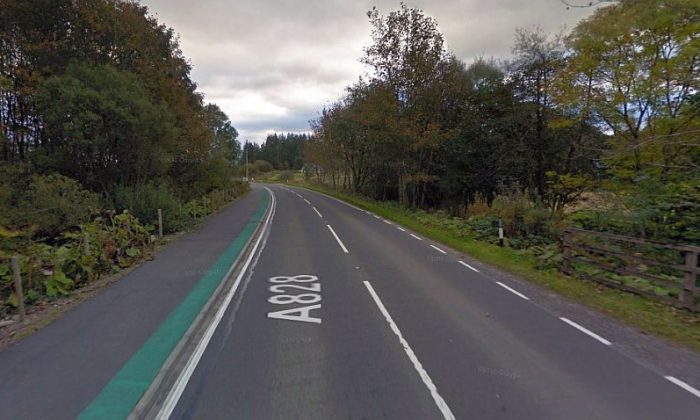 The A828 road in Benderloch, Scotland, near where an 8-year-old girl was killed by logs. (Google Street View)
International

A 8-year-old girl has died while a 12-year-old girl was hurt after they were both trapped under falling logs in Argyll, Scotland, on Sunday.

At around 2:40 p.m. local time, emergency service workers and police responded to a report that two girls were trapped under logs at a forested area in Benderloch, the BBC reported. According to reports, there is a logging site nearby.

The 8-year-old died at the scene despite paramedics’ efforts.

The other girl was taken to a hospital in Oban. Her current condition is unknown.

“Around 2.40pm police and emergency services received a report that the young girl had become trapped. Despite the best efforts of emergency services, the eight-year-old girl died at the scene. A 12-year-old was also airlifted to hospital in Oban for treatment,” a spokesman for Police Scotland told The Guardian.

An investigation into the incident is underway. Police, however, aren’t treating the matter as suspicious.