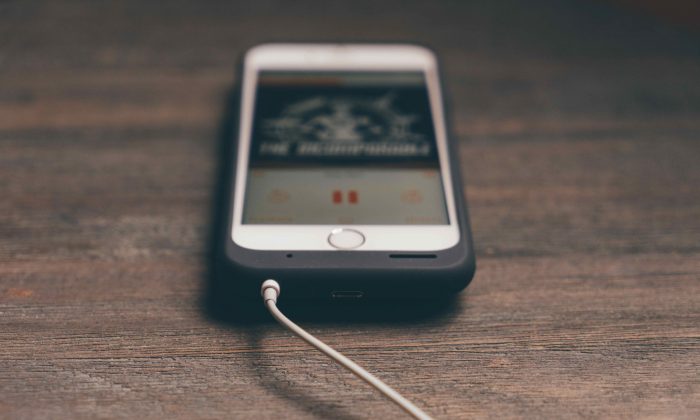 A 14-year-old girl has been electrocuted after falling asleep on her iPhone cable in Vietnam on November 15, 2017 (Álvaro Serrano/Unsplash)
US News

Girl, 14, Electrocuted by Phone Charger in Her Sleep

A Vietnamese teenager has reportedly died in her sleep after being electrocuted by a faulty charging cable.

Le Thi Xoan, 14, was found lying on her bed unconscious by her parents, The Sun reported. Her parents rushed her to a local hospital but doctors later pronounced her dead.

A burnt white iPhone 6 cable was found on her bed by police in the Vietnamese capital, Hanoi. It is thought that a slight tear in the cord’s casing exposed the live wires inside.

Medics said that the cause of her death was electrocution, according to the newspaper. It’s likely that she went through her usual bedtime routine of plugging her iPhone on charge and putting it on her bed.

Police say it is probable she rolled onto the charging cable that had tears in it, and this tragically electrocuted the teenager in her sleep.

An image showing the cable shows tape had been wrapped around the torn cord.

It’s not the first time that a teen has been found dead after being electrocuted from a phone charger. In July, a 14-year-old girl tried to charge her phone in the bath at her home in New Mexico.

Madison Coe was electrocuted when her phone accidentally fell into the bath, according to the Independent, and her grandmother said she was found with a “burn mark” on her hand.

In March this year, a 32-year-old man from Alabama narrowly escaped death while he was sleeping with his phone on charge in his bed.

He told ABC 13 that he fell asleep in his bed while wearing his dog tag around his neck, but the dog tag fell between the charger and the extension cord, turning his necklace into a conductor.

“I kept yelling, ‘Jesus,'” he said, and he managed to pull his necklace off in time.

He told the Washington Post that his body felt numb, his eyesight began to fade, and he felt immense pressure around his neck.

“Had I not pulled that necklace off when I did …” Day said to the newspaper. “I just believe that God spared my life, and that’s what happened.”

He told ABC 13 that he plans to no longer sleep with his phone charging on the bed.