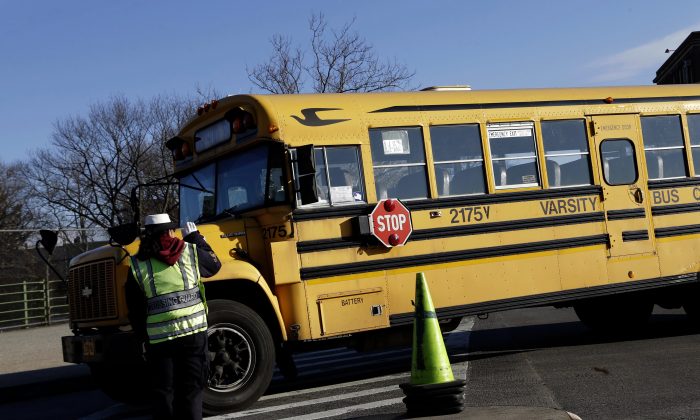 Girl, 13, Who Jumped From Moving School Bus in Texas Dies

GALVESTON, Texas  — A 13-year-old girl has died of injuries suffered when she jumped from a moving Texas school bus after an argument with another student.

The bus was going about 55 mph Monday on Interstate 45 near Bayou Vista when the girl jumped and suffered a head injury. A coroner said she died Wednesday afternoon.

The sheriff says the driver stopped, separated the girls and placed the 13-year-old in the rear area. The route resumed when the teen opened the emergency door and jumped.