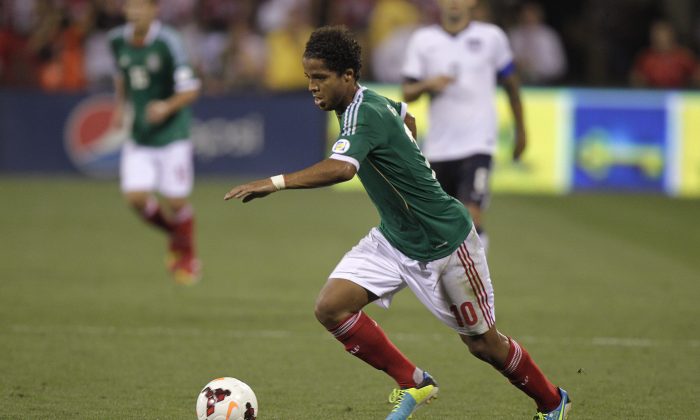 The Giovani dos Santos injury appears to have put the La Liga’s position in the World Cup in jeopardy.

Dos Santos’ spot on the squad is not guaranteed, as Mexico coach Miguel Herrera has emphasized that the match against Nigeria will be key in seeing how players based in Europe will fit into his system.

A strong outing by other Mexico strikers could push Dos Santos off the team.

The injury will force Dos Santos to miss the game.

And Herrera specifically told Fox Sports last year that Dos Santos “ is a player that can make a difference, but he plays in a position that I don’t use, in the hole. I need two strikers, I don’t need an enganche.”

Alan Pulido and Raul Jimenez are among the players who are seeking a similar spot on Mexico’s team, reported Sporting News.

On the other hand, with Carlos Vela ruling himself out for the World Cup, “Mexico has very few attacking players with the ability to beat players and create something out of nothing like Dos Santos.”