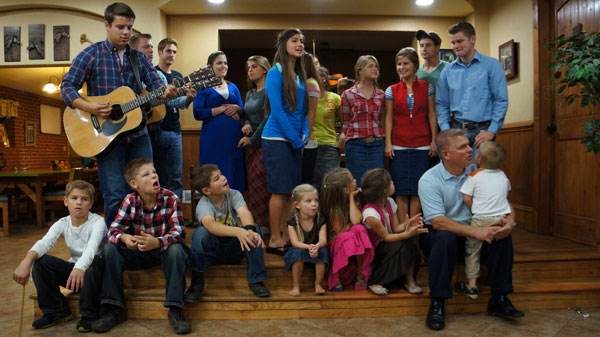 Gil and Kelly Jo Bates talked about their huge family and their upcoming television show in a new interview.

Kelly told The Official 700 Club that the added publicity is a concern, but they decided after praying about it that the family dynamics wouldn’t change.

“It’s really an opportunity to encourage others and each other,” she said.

“I hope they come away with a love for God … a love for family, that husbands would love their wives and wives would try to encourage their husbands, that they’d spend time to love their kids, they’d say I want to put my life, because this is the most important thing, in the long-term in my life is the family I raise,” Gil added about the show, which premiers on January 1 on UP TV.

“We hope they come away with whatever situation you’re facing, that you can make it. Just stick with God and stay on the course.”

They also said they didn’t intend on having such a large family.

“But as we began to really ask the question, what does the Bible say, what are we going to do about children? And ehre we are 19 children later thinking this is the greatest life we’ve ever got to live.”

“There’s obviously more work, but there’s a lot more hands to do the work,” she said. “The kids help out, they do it joyfully.”

They rotate chores monthly with kids volunteering, and Kelly takes whatever is leftover.

They also talked about the birth of their first grandchild.

“I don’t know what it’s going to be like, being a grandchild,” Gil Bates said. “I’m just now getting used to being a dad!”