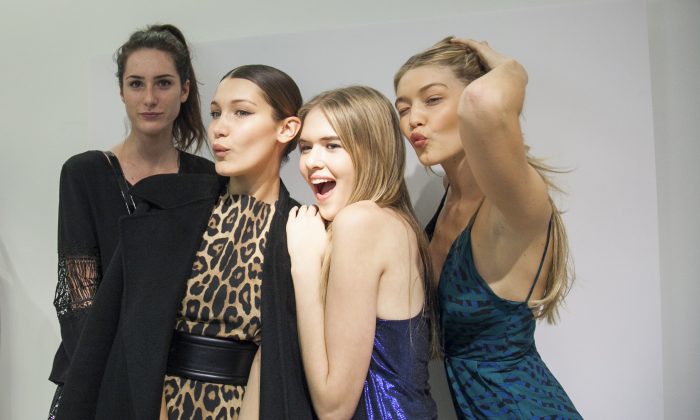 Gigi Hadid says her Melania Trump impression during the American Music Awards Sunday “was done in good humor with no bad intent.”

In a handwritten note posted on Twitter , the supermodel says she believes the future first lady “understands show business and the way shows are written and run.” Hadid also apologized in the note to anyone that she offended.

During her impression of Melania Trump, Hadid alluded to the plagiarism controversy involving the future first lady’s speech at the Republican National Convention and one given by first lady Michelle Obama years ago. Hadid mimicked Trump’s accent, saying, “I love my husband, President Barack Obama, and our children, Sasha and Malia.”

Thousands of beautiful women in the world, maybe @Maybelline will find a classy 1 to replace #GigiHadid after #AMAshttps://t.co/XHWeO8m5Qn