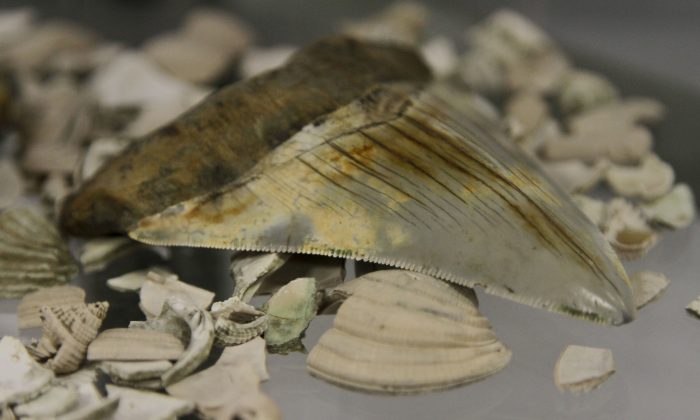 Beachgoers in North Carolina have found giant, six-inch-long fossilized teeth from large ancient sharks that swam the oceans millions of years ago.

The teeth were found at North Topsail Beach and Surf City, N.C., according to local NBC affiliate WITN-TV. Experts said the teeth were likely uncovered from beneath the ocean floor after storms slammed the area.

The six-inch teeth are almost as wide as they are long, enough to cover an adult’s entire palm.

Experts say the teeth probably come from the 60-foot-long Megalodon, which roamed the world’s oceans 15 million years ago.

“I felt like I was a lottery winner or something,” Denny Blend, the man who found the fossil, according to WITN.

Megalodon was given its name 1843 by Swiss biologist Louis Aggasiz.

According to LiveScience, citing a study, the shark probably went extinct around 2.6 million years ago.

Scientists, however, don’t know the exact date because its fossil record is incomplete, the study noted.

There have been conspiracy theories that Megalodons are still alive, which have been touched on in the Discovery Channel’s wildly popular Shark Week.