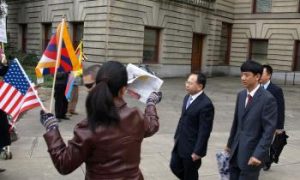 By Drew Carlucci
biggersmaller
Print
With much excitement brewing, the New York Giants will begin the 2010 season as they host the Carolina Panthers on Sunday in the first-ever regular season game at the New Meadowlands Stadium.

After disappointing 8–8 records last season, and lackluster preseason performances, the Giants and Panthers will want to get off to a quick start in this game.

Despite their poor showing during the preseason, the Giants offense should be ready for action, especially with a roaring crowd behind them on such a historic day.

Eli Manning will lead the aerial attack, throwing to receivers Hakeem Nicks, Steve Smith, and Mario Manningham. Last season, Smith led all Giants receivers with 107 receptions for 1,220 yards and is one of the most reliable clutch receivers in the NFL.

Running back Ahmad Bradshaw will start for New York and could open things up on the ground with his quick, slashing style, and ability to catch out of the backfield. The bruising Brandon Jacobs will come off the bench when the Giants need to pound the ball on short yardage and on power running plays.

The offensive line, the anchor of the entire unit, should also be bolstered with the addition of 6-foot-4-inch 330-pound Pro-Bowl guard Shawn Andrews, who joined the team after being released by the Philadelphia Eagles.

As strong as they appear though, the Giants can’t take the Panthers young defense for granted. Unlike their offense, Carolina’s ‘D’ was at the top of the NFL in stats during the preseason, leading the league in sacks and tied for fewest points allowed.

On the other side of the ball, the Giants defense will try its best to make fans forget their sluggish performance in 2009.

During the preseason, Big Blue continued to have problems covering the middle of the field and gave up plays on third down.

New coordinator Perry Fewell was brought in from the Buffalo Bills with one objective—to make them more aggressive and more accountable.

On Sunday afternoon, he will have his first chance to show the Giants faithful that he has the tools necessary to fix the ‘D’ and make it, once again, one of the more feared units in the NFL.

Fewell’s defense will attempt to pressure opposing teams into committing turnovers. Along the defensive line, he has plenty of talent to work with, and his front four should be able to get to the quarterback—leading to hits, sacks, and hopefully fumbles. In the secondary, starting safety Kenny Phillips returns, flanked by talented players including Antrel Rolle and Corey Webster.

But as Fewell’s schemes rely on opportunistic play in the secondary and along the trenches, it also leaves the defense prone to the underneath ball. Should teams opt to target the middle of the field with their tight ends or running backs, the Giants linebackers must step up and tackle well.

The good news for Big Blue is that the Panthers 26-year-old quarterback Matt Moore looked ineffective during the preseason, completing only 49.1 percent of his passes for 279 yards. If pressured, the young QB could be forced into making errant plays.

However, Moore did play solidly over the last four games of the 2009 season and the G-Men cannot take him lightly. Another thing to consider is that Moore was without a star-caliber receiver during the preseason as Pro-Bowler Steve Smith was out due to a broken arm. In addition, Moore was also missing his starting running back, 1,100-yard rusher Jonathan Stewart, who was recovering from foot surgery—both players are expected to play on Sunday.

The Giants season starts at 1 p.m.