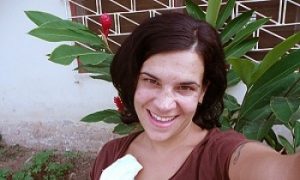 Giants Add a Prince to Secondary

By Drew Carlucci
Print
The New York Giants bolstered their secondary when they selected Nebraska cornerback Prince Amukamara with the 19th pick in the 2011 NFL Draft on Thursday night.

Considered the best cover corner in the draft, the 6'1 205-pound Amukamara ran a 4.43 in the 40-yard dash and has great physical attributes. He is fluid, has solid instincts and ball skills, and all the necessary tools to develop into a very good corner at the next level.

A key member of one of Nebraska's secondary—widely considered to be among the best in the country in 2010—Amukamara dominated the competition, racking up 13 broken up passes out of 18 thrown in his direction.

For his career, he has 27 broken up passes, 155 tackles, 3 forced fumbles, and 5 interceptions.

He joins a secondary already containing solid players such as cornerbacks Corey Webster and Terrell Thomas and safeties Kenny Phillips and Antrel Rolle.