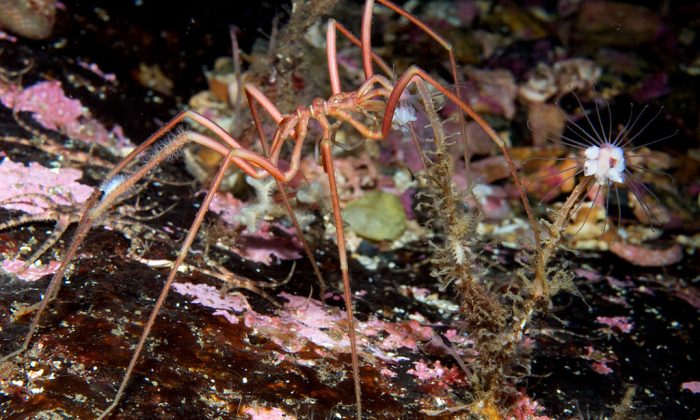 Gigantic sea spiders have baffled scientists, who recently came up with a new theory an unsettling process called “polar gigantism” that causes the animals to become so large.

Scientists have never been able to explain why the spiders, which can be as large as the size of a person’s face, get so large.


“Polar gigantism is a mystery,” wrote biologist Meredith Swett Walker in a new study, according to Hakai Magazine (via The Mirror). “Though multiple hypotheses have been put forth to explain it, none has been proven yet.”

The big spiders grow about 10 inches. To investigate further, scientists dug a hole in the Antarctic sea ice and went into the spiders’ cold habitat.

The waters of the South Pole, according to the researchers, are quite cold, which means they contain high quantities of oxygen. The high levels of oxygen are probably responsible for the large size of the spiders and other ocean-dwelling animals. Copepods, echinoderms, and some types of mollusks have been noted to grow larger in Arctic and Antarctic waters, according to MailOnline.

There are more than 1,000 different species of sea spiders, which tend to be scavengers and carnivores.