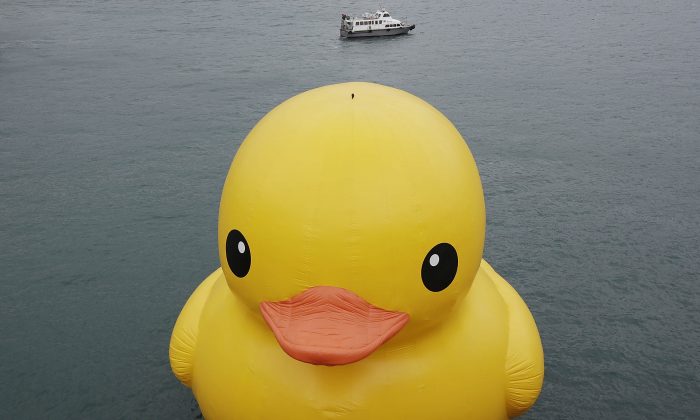 Hofman says that the duck “knows no frontiers, it doesn’t discriminate people and doesn’t have a political connotation,” according to his website.

“The friendly, floating Rubber Duck has healing properties: it can relieve mondial tensions as well as define them. The rubber duck is soft, friendly and suitable for all ages!” the site added.

Hofman told CNN that he got a good response from Hong Kong.

“I’ve wanted to come for years — and my duck made it here before me!” he said, adding that “Hong Kong has been changed forever” due to the duck.

The duck has traveled to Sydney, Sao Paulo, Amsterdam, Osaka, and other places. CNN reported it will stay in Hong Kong until June 9.