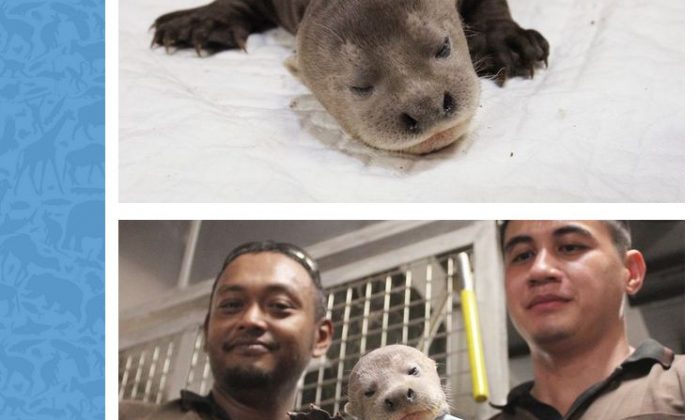 A giant river otter was born in Asia–the first of it species to be born on the continent–in the Wildlife Reserve of Singapore two months ago, according to reports.

Zooborns.com posted images of the pup at the reserve, which is the only place in Asia to have giant river otters.

Giant river otters are the most endangered type of otter in the world.

The male pup weighs about 3.5 pounds and is around two feet long.

Giant river otters get to be 75 pounds and grow to be six feet in length.

They are the largest of the world’s otter species, found in the Amazon River basin. They eat piranhas, crocodiles, and even anacondas.