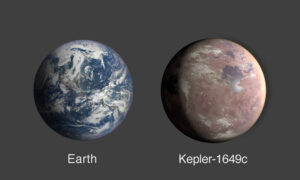 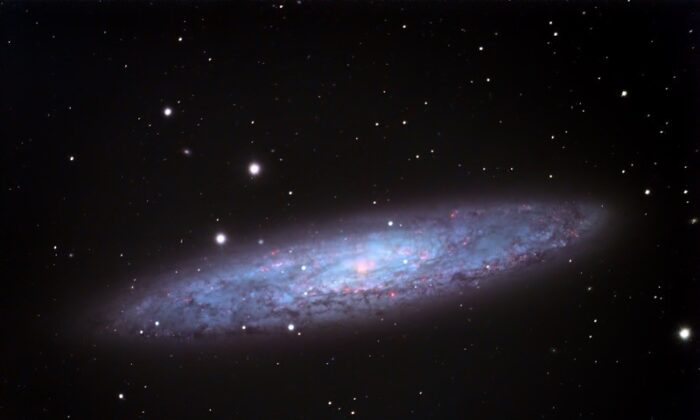 The Sculptor galaxy, NGC 253. Analyses of a burst of γ-ray emissions from this galaxy suggest that they were produced by a giant flare from a magnetar, a highly magnetized stellar remnant. (Dylan O’Donnell)
Space

Our universe is not as peaceful as what we see in the night sky. Eruptions or catastrophes can happen anywhere at any second.

This time, astronomers may have detected a giant gamma-ray flare from a nearby magnetar.

A magnetar is a rapidly spinning type of neutron star, which is the remains of a star that died in a powerful explosion called a supernova.

“Our sun is a very ordinary star. When it dies, it will get bigger and become a red giant star. After that it will collapse into a small compact star called a white dwarf,” Soebur Razzaque, an astroparticle physicist at the University of Johannesburg, said in a statement. “But stars that are a lot more massive than the sun play a different end game.”

Razzaque said that a magnetar can be up to 1,000 times more magnetic than an ordinary neutron star.

“In the Milky Way there are tens of thousands of neutron stars,” Razzaque said. “Of those, only 30 are currently known to be magnetars.”

Magnetars only last about 10,000 years before their magnetic fields weaken and they become relatively ordinary neutron stars, said Eric Burns, an astrophysicist at Louisiana State University and co-author of the study, at a press conference during the 237th American Astronomical Society conference.

Gamma-ray bursts are the most powerful known explosions in the universe. They can emit as much energy in seconds as the sun does in its entire lifetime.

“That is about 100,000 years of solar energy released in only 140 milliseconds,” Kevin Hurley, an astrophysicist at the University of California, Berkeley, said at the press conference.

Scientists located the newly found GRB 200415A at the center of the nearby Sculptor galaxy, which is about 11.4 million light-years from Earth in the Sculptor constellation. Most of the previously detected GRBs originated from much farther distances, often billions of light-years, so GRB 200415A is nearby in cosmic terms.

“It’s as fast as snapping your fingers,” Oliver Roberts, an astrophysicist at the Universities Space Research Association who led a study on GRB 200415A, said at the conference.

“GRB 200415A was the first time ever that both the first and second explosions of a giant flare were detected,” Razzaque said.

Scientists believe that the giant magnetar flare was probably caused by a “starquake,” a rupture in the magnetar’s crust.

The quake was magnitude 27.8 in strength, or about one thousand trillion trillion times more powerful “than the largest known terrestrial earthquake, which was the magnitude 9.5 [earthquake] in Chile in 1960,” Hurley said.

The new findings suggest that a small percentage of known short gamma-ray bursts may be caused by giant magnetar flares, Burns said.