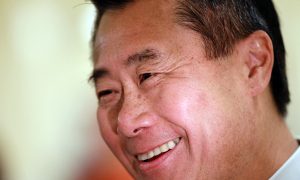 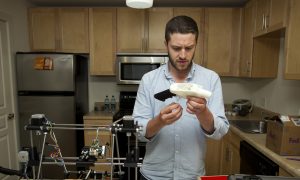 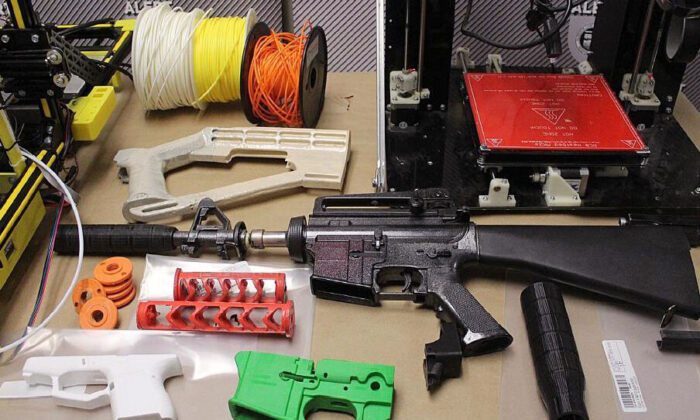 Some of the 3D-printed firearms parts seized by police from an Alberta man’s home. (ALERT handout)
Canada

An Alberta man has been charged for allegedly printing 3D firearms parts, in a case that law enforcement officials believe to be the first of its kind in the province.

Dan Forsyth, a 53 year-old resident of Picture Butte in southern Alberta, was arrested on Aug. 18 and subsequently charged with allegedly using 3D printers to manufacture firearms parts and attempting to sell them.

“The investigation began after information was received about a suspect allegedly manufacturing and trafficking in firearm parts,” ALERT Lethbridge Staff Sgt. Leon Borbandy said at a press conference on Friday.

In addition, an assortment of manufactured firearm parts were seized from the home, including “pistol lower frames, an assault rifle receiver and frame, a bump stock for converting a semi-automatic firearm to fully automatic, and silencers,” according to an ALERT news release.

The seized items were sent to the RCMP Forensic Science and Identification Services lab which confirmed the 3D parts were functional after examination and testing; this warranted criminal charges, ALERT said.

“This is the first time I’m aware of where charges have been laid in relation to 3D components in Alberta,” Borbandy said. “In regard to his intent, that’s part of the investigation and that will be for the courts to rule on his specific intent.”

He said functional firearms were able to be made from the firearm parts, adding that completed 3D-printed firearms are often referred to as “ghost guns.”

“This is a concerning seizure as these ghost guns have no serial numbers and are difficult to trace,” he said.

“Unfortunately, the 3D printing allows people to make their own and traffic them, and use them with very little accountability and traceability. It’s something that can be done in somebody’s living room.”

“Lawful gun owners go to great lengths to comply with provincial and federal gun laws, and our government will not allow those laws to be broken by others. I want to thank the team at ALERT for keeping pace with the use of new technologies to commit crime.”

On May 1, the federal government announced a sweeping ban on 1,500 models and variations of assault-style firearms, as well as some of their components, enforced through an order in council.

The move is being contested in federal court, with five separate lawsuits challenging the constitutionality of the ban. The lawsuits claim the government contravened the Firearms Act by not using the legislative process to enact the ban.