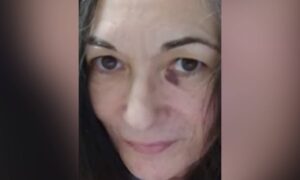 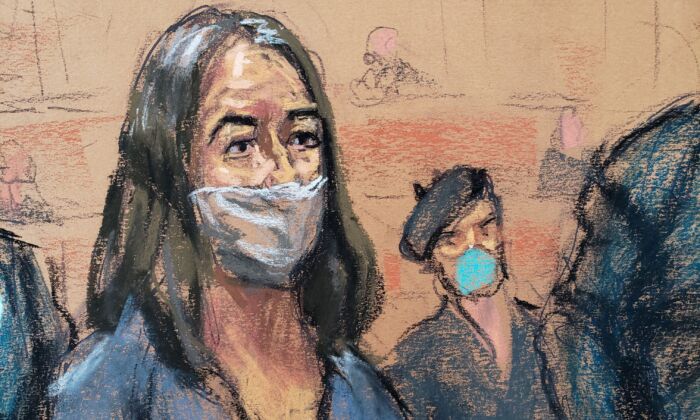 In this courtroom sketch, British socialite Ghislaine Maxwell appears during her arraignment hearing on a new indictment at Manhattan Federal Court in New York City, on April 23, 2021. (Jane Rosenberg/Reuters)
US News

Two 2016 depositions of Ghislaine Maxwell in a civil case in which she was repeatedly questioned about financier Jeffrey Epstein’s sexual activities can be used at her criminal trial this year despite the objections of her lawyers, a judge ruled on Friday.

U.S. District Judge Alison J Nathan in Manhattan rejected the request that she block prosecutors from using the interviews of Maxwell at her November sex trafficking trial.

Lawyers for the British socialite charged with procuring teenage girls for Epstein to sexually abuse had argued Maxwell only participated in the depositions because she was promised they would be kept secret.

The judge sealed her opinion explaining her reasoning until lawyers have time to recommend redactions.

Maxwell, 59, has been jailed since her arrest last July. The former girlfriend of Epstein has pleaded not guilty to charges that she recruited four teenage girls between 1994 and 2004 for Epstein.

Epstein, a wealthy financier and convicted sex offender, killed himself in his cell at a federal Manhattan lockup in August 2019 as he awaited a sex trafficking trial.

Judge Nathan has rejected bail requests three times and a federal appeals court has twice agreed Maxwell should remain incarcerated despite her willingness to pledge a $28.5 million (£20.53 million) bail package that would include 24-hour armed guards and an offer to reject her British and French citizenships. She is also a U.S. citizen.

Her lawyers had hoped to force the dismissal of two perjury counts stemming from her answers to questions during depositions in April and July of 2016.

In one count, she was charged with lying in saying “I don’t know what you’re talking about” when asked during the April 2016 deposition whether Epstein had a “scheme to recruit underage girls for sexual massages.”

The perjury charges stemmed from Maxwell’s comments during depositions resulting from a since-settled lawsuit brought against her by one of Epstein’s accusers, Virginia Giuffre.

Redacted versions of the transcripts of the depositions were released publicly earlier this year by a judge in response to requests by the Miami Herald.

In arguing that the depositions be suppressed and unavailable for use at the criminal trial, Maxwell’s lawyers said their client had decided to answer questions during the depositions rather than invoke her privilege against compulsory self-incrimination because a court-approved agreement ensured evidence would stay confidential.

The lawyers noted that a judge cited the confidentiality promise in granting a request that Maxwell be forced to answer “highly intrusive questions” related to her own sexual activity and her knowledge of the sexual activity of others at the depositions.