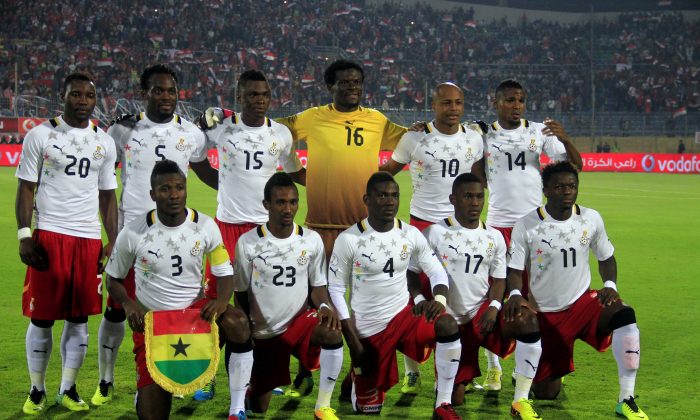 The FIFA international friendly will kick off at Stadion Pod Goricom in Montenegro at 6 p.m. CET.

The game will be live streamed via GTV in Chana and TVCG 2 in Montenegro.

It will also be broadcast on D17 in Belgium and France; Sport1 Germany in Austria, Switzerland, and Germany; and Gol Stadium in Spain.

Ghana is looking to get into form as the 2010 quarterfinalists are in a tough group alongside Germany, Portugal, and the United States. It has lost just once in its last seven games, after a penalty shootout in the Africa Cup of Nations final against Libya.

Montenegro, meanwhile, is looking to boost its progress ahead of the Euro 2016 qualifiers. Coach Branko Brnovic labeled Ghana as Africa’s leading team and said that the game will provide tough competition.

“Ghana is the best team in Africa and they will give us that competitive edge we require in friendly games,” said Brnovic.

“Their performance in the World Cup in recent times tells us how good they are as a team. They are also preparing for the World Cup and won’t come here for fun so we look forward to that game against a very tough opponent.”