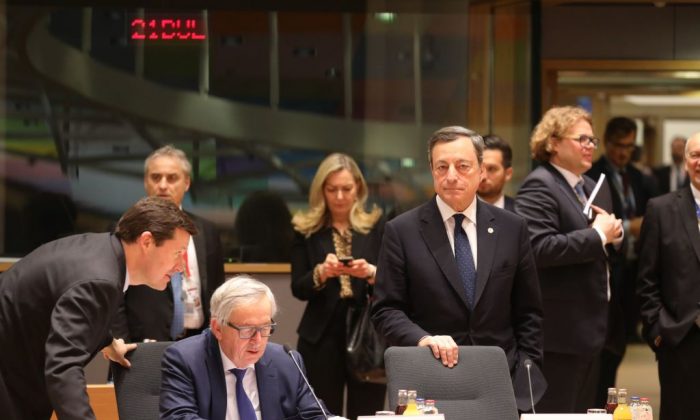 Getting Europe Back on Track

European integration post-World War II was based on common economic interests, a desire for exchange, and seeking the huge advantages of a free market unconstrained by national borders.

The integration confirmed again the historic wisdom that the free movement of goods and people is a binding element that promotes peace. This “internal market” provides the economic strength that helped the European Union build up infrastructure in its weaker regions and in new member countries.

The problem today is that people confuse the institution we call the EU with Europe itself. This political “union” is now micromanaging Europeans’ lives, far beyond just making sure the internal market functions smoothly.

How this occurred was a twofold process. Mostly, it resulted from member states shifting the responsibility for difficult or unpopular issues to the union level (hence the favorite tactic of “blaming Brussels”), but it also stemmed from the EU administration’s own ambitions to grow.

As happens with many mature organizations, the EU fell into an “institutional trap,” in which bureaucracy trumps principles.

The creation of a single currency was another grand project that has had massive issues, but it has also survived longer than many people thought it would.

But the decision to chain this monetary project to the EU’s institutional framework is at the root of today’s “euro problem.” The currency and the European Central Bank are politicized, mixing monetary and fiscal policies into a toxic cocktail. German Chancellor Angela Merkel’s remark that “if the euro fails, Europe fails” is a clear example of this misguided impulse to equate institutions with Europe.

Another great project was the Schengen area. Schengen enables free travel without border controls throughout most of Europe, including non-EU states such as Switzerland and Liechtenstein. It required the creation of an administrative apparatus, including Frontex, the agency responsible for controlling the area’s external borders. But this could easily have been done independent of the EU.

Such competition is the best way to achieve continuous improvement while preserving the advantages provided by local identity and character. What Europe requires is subsidiarity, a founding principle of the EU that states that matters that can be handled locally, should be handled locally.

The other essential element is a well-coordinated, global foreign policy and a common defense system, ensuring Europe’s ability to deter foreign attacks. Mainly due to dissension, timidity, and lack of interest in defense among Europe’s political leadership, NATO is no longer up to the task of defending the continent, which has become increasingly vulnerable.

A new coalition of willing European governments, including the major military and economic powers (among them the United Kingdom), should be ready to make this common effort.

The EU’s core competence and strength is the single market. This includes financial support for structurally weaker areas, to redress gaps in infrastructure and incentivize new businesses. Such was the original intention of the founders of the European Economic Community. Their ideas have worked well and are widely accepted.

However, the train of “integration where necessary” was switched to the track of “ever closer integration” and “harmonization,” which means suppressing Europe’s diversity. Not only was policy on the wrong track, it also ran too fast.

Both European institutions and national governments took over responsibility from the private sector. On the union and national levels, this meant that a centralized bureaucracy gradually supplanted decentralized democracy. The outcome was a technocratic system that did not sufficiently respect local and regional particularities. This led to what the German-speaking countries call Europamüdigkeit—“Europe fatigue.”

A much looser union would have an easier time dealing with Brexit and could conduct negotiations in a more pragmatic way. The same could be said for issues such as Catalonian independence, which would remain an Iberian problem and would not be complicated by the EU’s internal politics.

The hypothesis of ever-closer political union has led Brussels and some national governments to believe that they have the right and even an obligation to intervene in the domestic affairs of fellow member states, such as Hungary and Poland. This necessarily has a disruptive effect.

A survey of today’s political scene in Europe reveals little leadership or vision. On the national and union levels, there are able administrators but no political figures of courage and statesmanship. This can probably be attributed to the rather sclerotic structure of the mainstream political parties, which has had two effects. On the one hand, it has fostered apathy and frustration among national electorates; on the other, it has hastened the emergence of radical movements.

It is to the credit of France’s new president, Emmanuel Macron, that he is questioning certain dogmas and taboos of European integration. This could allow a healthy debate to start. However, Macron’s policy proposals, which often stray into the realm of protectionism or central planning, would likely prove detrimental to economic growth and healthy integration in the long term. What is needed is diversity and regional competition. Macron’s “Europe a la carte” would in practice bring a centralized “core” Europe, which could then dominate the “periphery.”

Europe is based on diversity. At the same time, the vast majority of Europeans support European integration. The melding of these two widely accepted ideas has been sabotaged by the technocratic, equalizing notions of “harmonization” and “ever-closer union.” European integration would work much better in an “incomplete union,” based on the strong principles of subsidiarity, diversity, and friendly competition between systems, states, and regions.

The United States fought a cruel Civil War to stay one nation. Europe does not need to be one nation. What it needs is a framework for different nations to work together. Only by bundling its diverse strengths and assets can Europe stay politically and economically competitive, earning international respect and dealing on equal terms with the other powers.

Prince Michael of Liechtenstein is the executive chairman of trust company Industrie- und Finanzkontor as well as the founder and chairman of Geopolitical Intelligence Services. This article was originally published by GIS Reports Online.