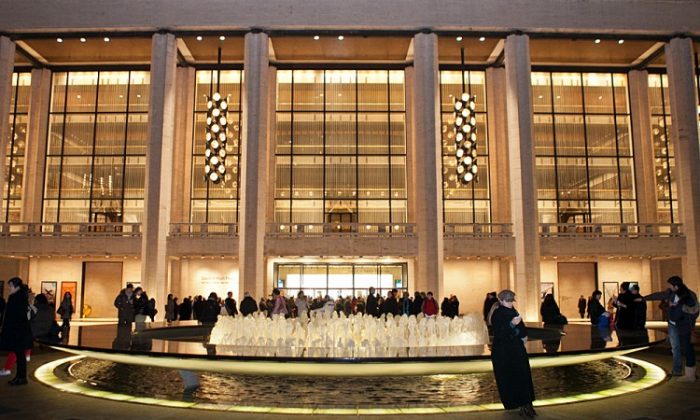 People wait around the fountain at Lincoln Center for the opening of Shen Yun on Jan 11. Updating the central fountain has saved the center $1.5 million annually. (Benjamin Chasteen/The Epoch Times)
US

Getting Cash for Energy Efficiency Upgrades

NEW YORK—Going energy efficient can seem like a lot of hard work and money for building owners.

Leo Cutone is president and founder of energy supply company LC Associates, which has a 20-plus year history making energy efficiency a lot easier.

One way to get easy money, said Cutone, is what’s called a demand-response program.

“Con Ed will call you up and they’ll say can you please shut off unnecessary electrical equipment tomorrow between two and four,” he said, noting this happens more often in the summer. “You do it voluntarily.

“If you enroll in this program you get paid to be on standby, just for them to call you,” he added. “Even if they don’t call you, you still get paid.”

The New York Independent System Operator, which operates the system, only calls one to four times a year, said Cutone.

“You’ll have to curtail for an hour,” he said.” Some examples of curtailment are shutting some lights off, and raising the temperature of an air conditioner.

Cutone spoke to a group of building owners and others during the BuildingsNY 2012 convention at Jacob Javits Center on Thursday.

Other entities also offer money through energy efficiency programs, such as the New York State Energy Research and Development Authority.

Up to 50 percent of the total cost of an approved project will be paid by the authority—up to $5,000 for a single-family home, and up to $10,000 for a two to four family home—though the household must earn less than 80 percent of the median income in the area. That’s about $65,500 a year in New York County.

Yet specific improvements, such as elevator modernization, lighting upgrades, cooling towers, and heating and air conditioning projects, can be paid for in part or mostly through cash rebates for all incomes. Automated energy management itself can garner $200 per kilowatt.

However, Cutone advises that New Yorkers let an energy supply company, such as his, know before they do energy efficiency improvements.

For instance, one of his clients installed a cooling tower and missed out on $300,000 because they didn’t get the energy supply company to first come by the building and establish baseline readings. These readings allow before and after comparisons to be made.

“Some people think it’s easy, you fill out a piece of paper, you hand them the paper, and they give you a check. It’s a little bit more involved than that, given that it’s a government program,” Cutone said. “What we’d like for you to do is to tell us at least 30 to 90 days ahead of time when you plan on doing anything, even if you don’t want to do the job and you’re just thinking about it.”

His company gets paid a certain amount by the entity that gives cash rebates, and passes on the rest to the building owner or developer.

Gov. Andrew Cuomo announced in January that financing could be paid back through energy savings on monthly utility bills, another aspect of energy-efficiency funding. Up to $25,000 can be financed if the work pays for itself in 15 years or less.