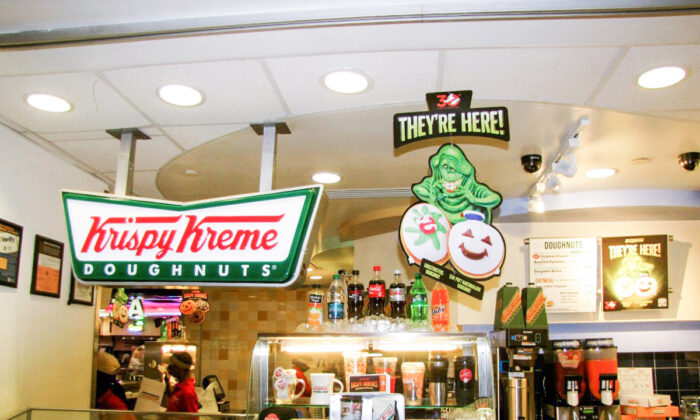 Multinational doughnut company and coffeehouse chain Krispy Kreme has announced a new offer where a dozen Original Glazed Doughnuts in the United States will be priced equivalent to the price of a gallon of gasoline.

The offer, which begins on April 13 and ends May 4, will be available on Wednesdays at participating stores. The price of the doughnuts will be decided based on the national average price of regular gasoline per gallon in the country on each Monday. The company will alert fans about the offer via its social media accounts. Customers can buy up to two dozen Original Glazed Doughnuts for a price of a gallon of gas under the offer.

“We know that despite the high gas prices people have to be out and about anyway. So, for the next several Wednesdays, we hope providing a little doughnut deflation will allow them to share some smiles during a difficult time,” Chief Marketing Officer Dave Skena said in an April 11 press release.

“A dozen Original Glazed Doughnuts for the price of a gallon of gas will help our fans make midweek a little sweeter for their friends and family.”

A gallon of regular gas cost $4.083 as of April 13, up by over 42 percent when compared to $2.861 a year ago, according to data from the American Automobile Association (AAA). The highest recorded average price for regular gas was $4.331 per gallon hit on March 11.

While Russia’s attack on Ukraine did contribute to a spike in oil prices, many criticize the Biden administration’s fossil-adverse policies for rising gas prices in America.

President Joe Biden’s pledge to get the United States off fossil fuels and the several years of anti-fracking policies supported by Democrats are major factors that have contributed to gasoline prices, Jerry Simmons, president and CEO of Domestic Energy Producers Alliance, said to NTD.

Simmons criticized Biden’s shutting down of the Keystone XL pipeline which the previous Trump administration had touted as America’s way to energy independence. Such policies have had “huge impacts” on the country’s energy situation at present. Simmons also criticized Washington’s decision to approach foreign countries like Saudi Arabia and Venezuela for oil before asking American producers to ramp up production.

“But again, if you’re concerned about climate change and global CO2 emissions, just because it’s produced in another country doesn’t mean that it’s not going to have the same impact. So it doesn’t make any sense,” he said.

Like Krispy Kreme, other brands have also announced offers involving gasoline. Shell Fuel Rewards members can avail 30 cents discount per gallon at Shell outlets after their fifth beverage purchase at Dunkin’. Wawa, which owns convenience stores and gas stations, is offering a discount of 15 cents per gallon to customers who pay with the company’s app.

Fast food chain Bojangles is giving away gas gift cards worth millions of dollars for customers who buy the brand’s Family Meal which contains 12 or 20 pieces of chicken, tea, sides, and biscuit.