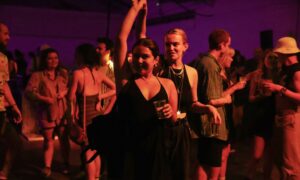 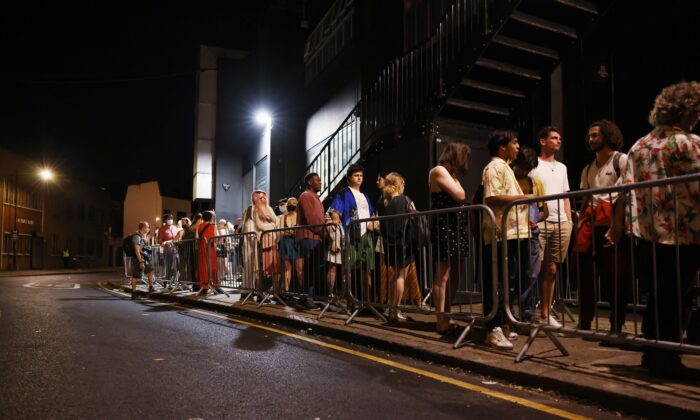 It’s a radical shift from the government’s previous promises to not mandate domestic vaccine passports.

Night clubs in England opened their doors on Monday for the first time in 16 months.

Although ministers have “encouraged” venues to “do the socially responsible thing” by checking the NHS COVID pass, with which patrons can show proof of vaccination, a recent negative test, or natural immunity, venues are not currently required to do so.

Johnson suggested this will change from the end of September.

“As we said last week, we do reserve the right to mandate certification at any point if it’s necessary to reduce transmission,” he said during a televised briefing.

“And I should serve notice now that by the end of September when all over-18s will have had their chance to be double jabbed, we’re planning to make full vaccination the condition of entry to nightclubs and other venues where large crowds gather,” the prime minister said before adding “proof of a negative test will no longer be enough.”

He urged people to “come forward and get your jabs now.”

During the same briefing, Johnson said 96 percent of over-50s in England have taken up the offer of CCP virus vaccinations, and the rate is at 83 percent for the 30–50-year-olds.

Johnson said there is still 35 percent of 18–30-year-olds who are “completely unvaccinated” as of Monday, suggesting the take-up rate is much lower in the younger group since all adults in England had been offered at least one dose of the CCP virus vaccines.

When asked about the vaccination status of the new COVID-19 hospitalisations, Chief Scientific Adviser Patrick Vallance said that 60 percent of people being admitted to hospital with COVID-19 have had two doses of vaccine.

He corrected himself on Tuesday, saying 60 percent of people being admitted to hospital with COVID-19 are unvaccinated.

Vallance said the high percentage of fully vaccinated hospitalisation is “not surprising” since the vaccination take-up rate is very high.

If all adults had taken up the vaccine, then “anybody who caught it will be double vaccinated,” Vallance said.

“So … we should expect to see a higher proportion of people in hospital and catching the infection who are double vaccinated. That is inevitable, and we will see that, because of the less than 100 percent efficacy of the vaccines overall.”