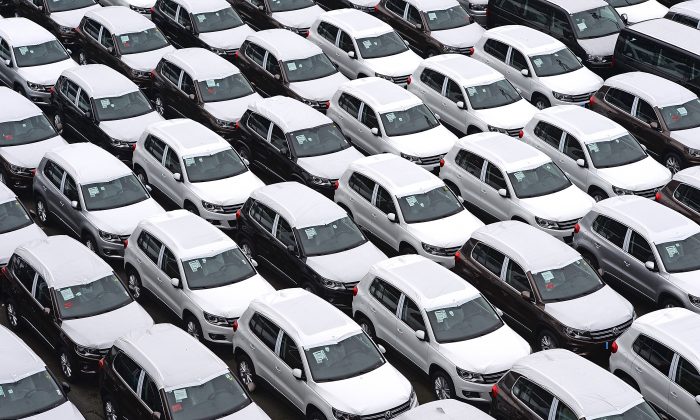 Germany has been the global economy’s poster child since the last recession. Record low unemployment, relatively fast growth compared to other countries in Europe, and two consecutive yearly fiscal surpluses in a row.

Most economists now expect another quarter of negative GDP, which would be the second recession since the 2008.

However, this slow-down should not come as a surprise. Germany’s economy is operationally geared towards exports; it always has been and most likely will be in the future.

Exports make up more than 50 percent of Germany’s $3.5 trillion economy. Although the contribution to GDP netting out imports is only 6.1 percent, trade is a massive part of Germany when it comes to industrial production and factory orders.

All of Germany’s major trading partners—aside from the United States—have slowed materially in 2014, with France and China being the main concerns. Sanctions against Russia have added to the weight.

Germany’s economy is operationally geared towards exports; it always has been and most likely will be in the future.

Now what does it really mean to be dependent on exports? Most people say it’s a good thing and in a way it is. If you export a lot it means your products are either better or cheaper (or both) than the global competition, which is definitely nice.

Exports secure employment and bring in foreign currency reserves, which then can be spent on imports. So you always have something to exchange if you want to buy on the global market, unlike deficit countries like the United States, who need to borrow to do that.

On the flip side you are dependent on the economies of your trading partners. First, if their economies slow, as is now the case, you get fewer orders and risk rising unemployment.

Even worse, if their economies really deteriorate, they will not be able to make good on the promises to pay you back in kind for the goods you already sold them.

For example: In the old days before the euro, France would give Germany French francs in exchange for, say, BMW cars. When the French economy turned sour, those francs would be worth less and Germany lost out. With the euro, things have become more complicated, but the principle is the same.

On another note and purely in terms of numbers, a reduction in German exports will boost the GDP of the importing countries. But this argument is shortsighted at best.

First of all, the reason France and Italy are buying less stuff from Germany is because their economies are slowing in general, not because they are becoming more competitive. Second, trade overall is good! Germany imports $1.5 trillion worth of goods and services from other countries. If export orders slow, so will imports and so will trade. Everybody loses.

Another factor is fiscal policy. Germany has often been criticized for being too conservative and spending too little money, hence its fiscal surplus.

This argument is absurd because if the state doesn’t get the money, it’s companies and citizens who get it and can spend it if they like. Private consumption is robust and contributes 57 percent to GDP.

Germany has so far fared better with that model than other free-spending European parties such as Greece and France, for example.

There is one way government can step up to the plate, though, and that is with public investment. When it comes to splurging public money on projects such as airports and universities there is a risk a lot of money will be wasted.

However, unlike China, where investment makes up more than 50 percent of GDP and effort and resources are wasted to build the thousandth unneeded shipyard, public investment in Germany and other Northern European countries has usually paid off.

Historically, and despite some obvious blunders like a magnetic train, Germany has benefited from great roads, railroads and airports, world-class public education as well as good health care. So in the face of slowing trade, why not upgrade this infrastructure to the next level?