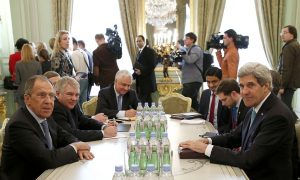 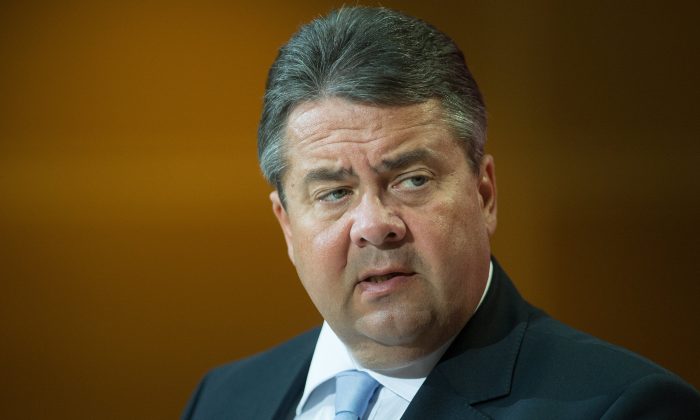 German Vice Chancellor Sigmar Gabriel speaks during a news conference after a meeting with representatives of the Yazidi community in Germany in Berlin, Germany Tuesday, Aug. 12, 2014. Gabriel has called for the international community to consider a plan to create safe zones for the Yazidi community in Iraq. He said such a move, rather than wholesale evacuation of the embattled minority, would avoid hastening the “ethnic cleansing” that Sunni extremists are trying to achieve in Iraq. (AP Photo/dpa, Maurizio Gambarini/dpa +++(c) dpa - Bildfunk+++
Europe

The plunging price of oil coupled with harsh economic sanctions from the West has put a lot of pressure on the Russian economy, some are worried this could provoke Russia .

Among the concerned is German deputy chancellor, Sigmar Gabriel. He gave a warning about pushing Putin too far to German newspaper Bild am Sonntag. He believes there are those who have motives other than peace, and they trying to create an incident.

“Those people who want to further destabilize Russian economically and politically are pursuing a different agenda.” Sigmar pointed out, “[they] want to see the other superpower rival on its knees, [this is] very dangerous for the world.

Sigmar goes on to say “We want to help to peacefully solve the Ukraine conflict, not to bring Russia down to its knees, that is not in Germany’s or Europe’s interest.”

It is unlikely Putin to allow his country to be brought to its knees through economic warfare.