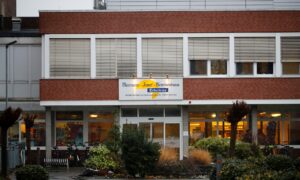 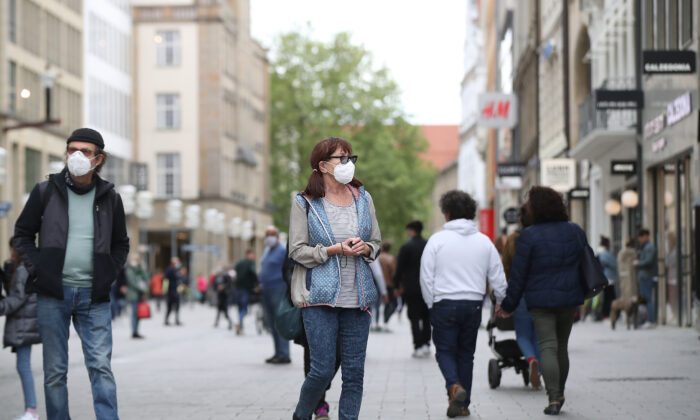 BERLIN—Politicians and scientists in Germany pushed back against calls for a rapid relaxation of pandemic restrictions as new figures released on April 30 showed that businesses have applied for state aid to avoid slashing 10 million jobs because of the economic downturn.

Like in other countries, lockdown measures designed to curb the spread of the CCP virus, commonly known as the novel coronavirus, have paralyzed much of public life in Germany.

Authorities recently allowed stores to reopen and some students to return to school, but officials dampened expectations about an imminent return to normality. German media reported that the federal government is considering reopening playgrounds and allowing church services soon.

“Especially because Germany has so far come through this crisis better than others it would be reckless to endanger this hard-won joint achievement,” Health Minister Jens Spahn said.

The country of 83 million has recorded almost 162,000 confirmed cases of COVID-19 and 6,467 deaths so far, according to figures compiled by Johns Hopkins University. That is about a quarter the number of deaths recorded in Britain and France, even though the three countries have a similar number of confirmed cases.

In an op-ed for daily Frankfurter Allgemeine Zeitung, Spahn insisted that the government wanted to take “small steps, rather than risk a big step back.”

Chancellor Angela Merkel held talks with the governors of Germany’s 16 states on April 30 to discuss the impact that existing measures have had on slowing the spread of the virus.

The head of Germany’s disease control center said the country has recorded between 1,000 and 1,500 new cases a day over the past week, down from 2,000 the previous week, and says he expects the actual number of deaths in the country from the CCP virus to be higher than those currently reported.

“It was always been clear that this is a marathon,” Lothar Wieler of the Robert Koch Institute told reporters. “But we simply don’t know how long it will take for the marathon to end.”

Wieler said that Germany is currently only going through the first wave of the pandemic.

“The majority of scientists believe that there will be a second wave and maybe even a third,” he said.

So far, Germany has managed to prevent its well-funded health system from being overwhelmed with COVID-19 cases.

But, like elsewhere, medical staff in the country are feeling the strain.

“The burden is certainly great as we have to deal with a highly infectious disease every day, and the treatment regime is not clearly defined,” said Dr. Daniel Heidenkummer, who oversees the treatment of COVID-19 patients at the InnKlinikum Altoetting, near Germany’s border with Austria.

The hospital has treated almost 600 patients with severe illness resulting from the CCP virus since early March.

Restrictions on visitors mean that staff have to spend more time tending to the emotional welfare of patients, a burden that would normally be borne largely by friends and family, Heidenkummer said.

Amid the lockdown, companies have been scrambling to survive as well.

Jobless figures released on April 30 show unemployment in Germany rose by 308,000 to more than 2.6 million over the past month. The jobless rate in April stood at 5.8 percent, up from 5.1 percent in March.

Employers avoided far larger layoffs seen in other countries by taking advantage of Germany’s short-work program, which allows companies in distress to receive state funds if they hold onto employees rather than letting them go.

Labor Minister Hubertus Heil said companies registered about 10.1 million employees for short work—more than a fifth of the country’s workforce. Restaurants, bars, and hotels were particularly hard hit, with 93 percent of those employed in the sector now in short work, he said. Auto suppliers, a mainstay of Europe’s largest economy, also put almost 70 percent of employees on short work.

But Heil said that some of those registered for the program might never need it, citing the recent reopening of stores. While he couldn’t guarantee that all employees would be able to return to work after the crisis, “we will continue to fight for every job,” he said.