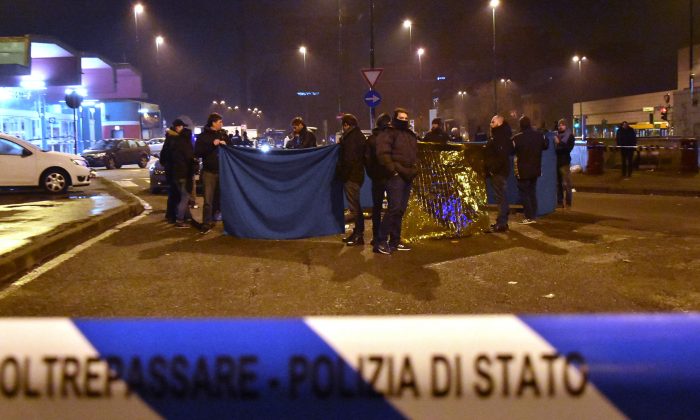 Italian Police cordon off an area after a shootout between police and a man near a train station in Milan's Sesto San Giovanni neighborhood, Italy on Dec. 23, 2016. (AP Photo/Daniele Bennati)
International

BERLIN— German prosecutors say they’ve released a Tunisian man who was detained on Wednesday after determining that he wasn’t in contact with the main suspect in last week’s Berlin truck attack.

The 40-year-old was detained in Berlin on Wednesday. Federal prosecutors said at the time that his telephone number was saved in suspect Anis Amri’s cellphone and that they suspected he may have been involved in the attack.

But prosecutors’ spokesman Frauke Koehler said Thursday they now have determined that the man “isn’t this possible contact person of Anis Amri.”

Amri is believed to have driven the truck that plowed into a Christmas market Dec. 19, killing 12 people. His fingerprints and wallet were found in the truck.