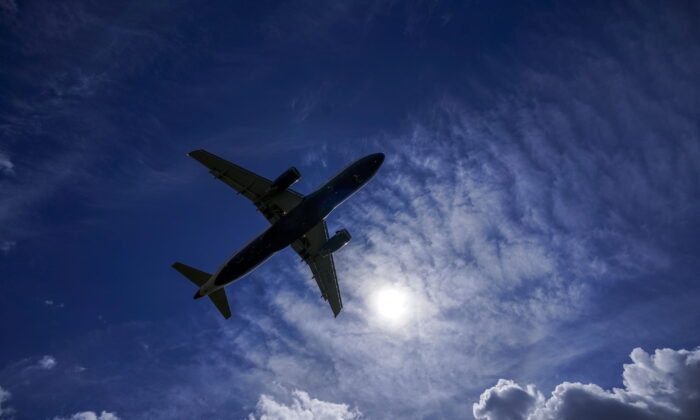 UK citizens will be allowed to travel to Germany on Tuesday after 16 days of travel ban due to concerns over the Omicron CCP (Chinese Communist Party) virus variant.

Germany added the UK onto its list of areas with variants of concern on Dec. 20 after the latter reported a surge of Omicron cases, banning travelers from the UK other than German citizens, residents, their family, and transit travelers. Arrivals from the listed areas also have to produce negative PCR test results and quarantine for 14 days.

In a statement on Thursday, the German embassy said the UK will be moved back onto the “high-risk area” list from 0:00 CET on Dec. 4, meaning fully vaccinated UK travelers and those who have an important reason for traveling will be able to enter Germany again.

The statement added that fully vaccinated people will not need a negative test to enter Germany or to quarantine for 14 days.

New rules from Dec. 22 dictated that all travelers aged six or over must present COVID Passes as proof of vaccination or natural immunity, or go into self-isolation for ten days. Test and release is allowed after five days for unvaccinated travelers.

British Transport Secretary Grant Shapps said the announcement was a “welcome development from our German colleagues.”

Eight African countries that have been on the areas with variants of concern list since Nov. 28—Botswana, Eswatini, Lesotho, Malawi, Mozambique, Namibia, South Africa, and Zimbabwe—will also be moved to the “high-risk area” list on Tuesday.

Italy, Canada, Malta, San Marino, which were not considered risk areas, will join the “high-risk area” list from Jan. 1, 2022.

The number of new CCP virus cases in the UK hit a record 189,213 on Thursday, almost three times the record made in previous waves, but the number of hospitalisations and deaths have so far remained low.