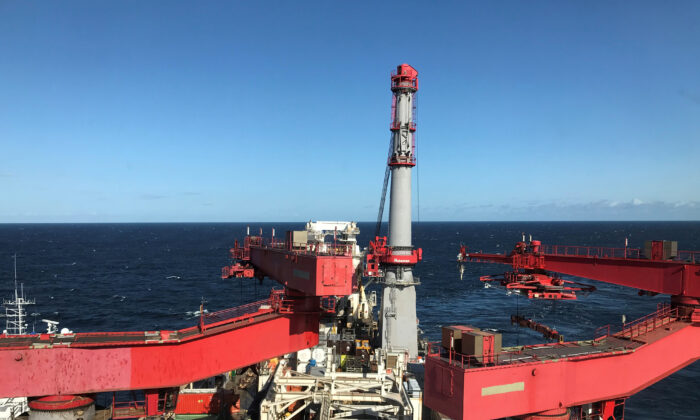 The Federal Republic of Germany is considering extending its use of coal power well into the 2030s, as the recent outbreak of war between Russia and Ukraine has caused many in the German government to second-guess reliance on Russian natural gas imports.

“Energy policy is security policy,” said Robert Habeck, the German vice chancellor and minister for economy and energy, on Monday. “Strengthening our energy sovereignty strengthens our security. Therefore, we must first overcome the high dependence on Russian imports of fossil fuels—a warmonger is not a reliable partner.”

The roots of Germany’s current energy crisis lie in the early 2010s, when the land of poets and thinkers resolved to dismantle its nuclear energy program in response to the 2011 Fukushima nuclear accident in Japan.

Simultaneously, Germany worked to build an energy partnership with Russia through the construction of the Nord Stream pipelines, which would bypass the former Soviet buffer states by tunneling under the Baltic sea to deliver natural gas directly to Germany.

However, the recent diplomatic tensions between Russia and NATO have cast doubt on the viability of Russian natural gas as a long-term energy strategy, with many now fearing that the sunk costs of the Nord Stream project will give Russia significant hard power in Western and Central Europe.

The situation in Germany is contrasted by that in neighboring France, which now derives 70 percent of its energy from nuclear power. At the same time Germany was dismantling its nuclear program under pressure from environmentalist groups, France significantly scaled up its own nuclear program; now the latter is blessed with a relatively high degree of energy independence among European countries, whereas the former has become an unwilling pawn in the geopolitical negotiations and sanctions accompanying the Russo-Ukrainian war.

The delicate geopolitical situation and looming fears of energy dependence on Russia have occasioned a newfound interest in alternative solutions for the German power supply. Even Habeck, whose affiliation lies with the anti-nuclear German Green Party, has expressed that he is not “ideologically opposed” to extending the use of existing nuclear reactors. However, renewable energy sources such as wind, solar, and hydrogen power remains the favored choices of German policymakers.

“The real path to independence in terms of energy policy is actually to phase out fossil fuels. The sun and the wind don’t belong to anyone,” Habeck said in a Sunday interview with the German broadcasting organization ARD.

With the German winter already subsiding as the country looks ahead to March, Germany will likely have little trouble surviving the remainder of the season with its current energy arrangements. However, in the medium and long term, the Central European nation is under significant pressure to rethink its energy strategy in anticipation of future winters, in which it will face an urgent trilemma: Either create renewable energy infrastructure with great haste, fall back on unpopular and unseemly former power sources such as coal and nuclear, or accept dependence on Russian natural gas at the cost of allowing Moscow significant power in the core of Europe.