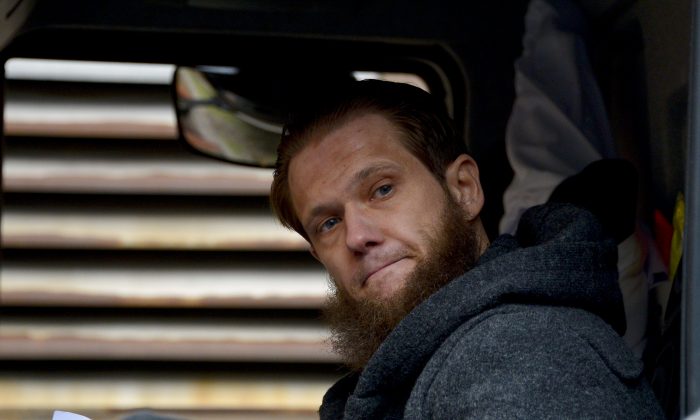 An Islamist preacher in Germany was arrested on December 15 for recruiting fighters for a militant group in Syria, officials said.

Lau already recruited two fighters for the militant group and was seeking to recruit more. His passport was seized earlier this year after a photo surfaced of him posing on a tank in Syria with a rifle slung around his neck. He claimed his visit to Syria was a humanitarian mission.

Hundreds of Germans have traveled to Syria to join the Islamic State terrorist group since 2012, according to the German government.

The interior ministry of North-Rhine Westphalia state said Lau was arrested because he was suspected of supporting a “terrorist” group under the guise of providing humanitarian aid.

ISIS wasn’t named directly but is thought to be the group in question.

“He is one of the leading figures of the Salafist scene. He is someone who is trying to infect other young people with this extremism,” Jaeger said. “He openly campaigns for terrorist organisations. That’s clearly dangerous because more and more people slip into this scene.”

Also on Tuesday, French police arrested a man believed to be involved in the November 13 terror attacks on Paris.

The 29-year-old man was planning to flee to Syria, reported BBC.

Two other men were also arrested on similar charges.