Could Airplane Age Be a Factor in Crash of 24-Year-Old Germanwings A320?
0
Share Now
TelegramFacebookTweetEmailTellMeWeReddit
Copy Link 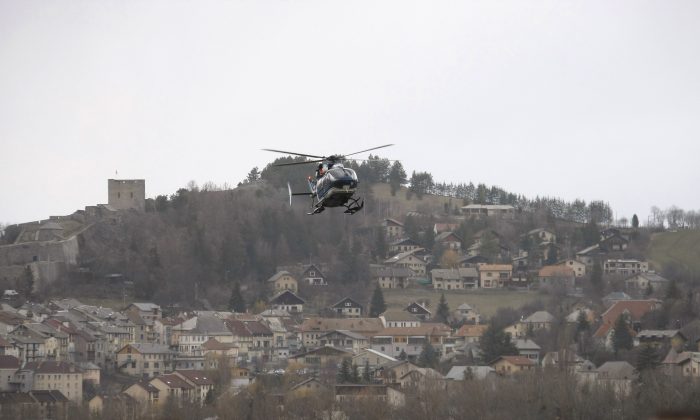 The first video footage appears to capture the Germanwings crash site in the French Alps.

The raw footage was uploaded by Airlive.net, a website that monitors “real time” flight reports. According to French officials, one of the plane’s black box has been located in the Alps.

Investigators will have to find the crashed Germanwings plane’s black boxes to figure out what caused the accident on Tuesday morning in the French Alps.

The plane, an Airbus A320, dropped from 38,000 feet to 6,800 feet in under 10 minutes, say preliminary reports. Flight Aware and Flightradar24 show that the plane dropped from the sky in only minutes.

There were about 150 people on board the plane. They’re presumably all dead.

The plane crashed in a remote, snowy section of the French Alps. It disappeared from the radar in only minutes.

“The site is a picture of horror. The grief of the families and friends is immeasurable. We must now stand together. We are united in our great grief,” German Foreign Minister Frank-Walter Steinmeier said in a statement on Tuesday.

Earlier on Tuesday, French Prime Minister Manuel Valls said it’s not clear why the plane crashed, and it will require a full investigation along with the plane’s black boxes.

A spokesman for the French Civil Aviation authority says the plane that crashed in the French Alps with 150 people on board never sent out a distress signal.

He said it was the combination of loss of radio contract with control and the plane’s descent which prompted the control service to declare a distress.

Heraud said six investigators from the Bureau of Accident Investigations, or BEA, were en route from Paris and would be at the crash site by evening. One investigator from the region was already present, he said.

Officials believe all onboard were likely killed when the plane crashed on its way from Barcelona in Spain to Duesseldorf, Germany.

The crashed plane was an Airbus A320.

“We have been informed of an accident involving an A320 family aircraft and all efforts are now going towards assessing the situation,” Airbus said in a statement on Tuesday. “We will provide further information as soon as available.”