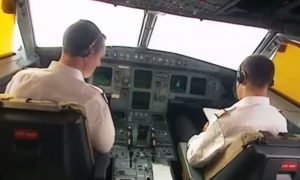 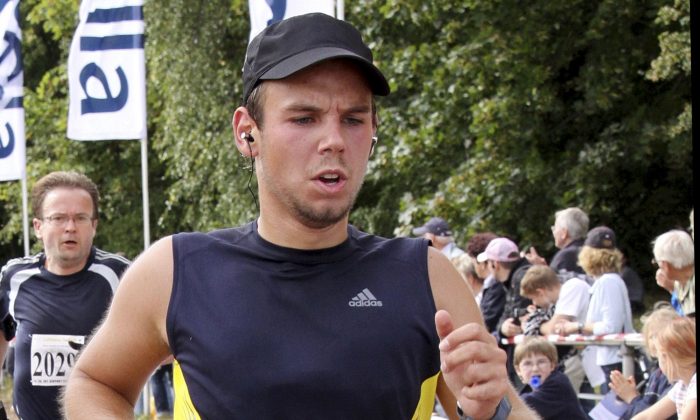 Andreas Lubitz, the co-pilot on the ill-fated Germanwings plane that crashed into the French Alps, was “obsessed” with the famed European mountain range, a peer said.

Lubitz is believed to have locked the pilot of the plane outside of the cockpit before crashing the plane into the French Alps on Tuesday.

Two of his peers said he was very familiar with the area, reported The Local website. Dieter Wagner said that “Andreas participated in one of the courses in the Alpes-de-Haute-Provence with my niece, who was a good friend of his. He was passionate about the Alps, even obsessed.”

“I am certain that he knew the crash area because he had flown it in a glider,” he said.

On Friday, prosecutors said Lubitz, 28, had a sick leave note from his doctor on the day of the crash. However, he apparently hid the illness from his supervisors.

Ralf Herrenbrueck, who is a spokesperson for the German prosecutor’s office, said documents found at Lubitz’s family home in Montabaur and documents in his apartment in Duesseldorf support “the current preliminary assessment that the deceased hid his illness from his employer and colleagues,” reported the LA Times.

His illness was not disclosed.

“Torn-up current medical certificates, also relating to the day of the accident, were found, supporting, at first examination, the assumption that the deceased kept his illness from his employer and his professional circles,” the statement reads.

A German tabloid, Der Bild, also reported that Lubitz suffered from depression at one point in his life. Carsten Spohr, the head of Lufthansa, said he took a break from his flight training in 2009 but didn’t disclose any details about it.

Meanwhile, Europe’s aviation safety agency will recommend Friday that airlines across the continent always have two people in the cockpit of a flying aircraft, according to Scandinavian authorities.

Scandinavian Airlines group spokesman Henrik Edstrom told The Associated Press the carrier had received a draft of the recommendation from the European Aviation Safety Agency through Swedish transport authorities. Henrik Olars of the Swedish Transport Agency confirmed they got it from the Germany-based EASA.

“We always follow the recommendations we get from the national authorities, which in turn got it from the European agency,” Edstrom said.

A draft recommendation was going around but had not been an approved yet, according to the Association of European Airlines that groups 29 major European airlines.

“EASA will be release it later Friday,” said Henrik Olars of the Swedish Transport Agency