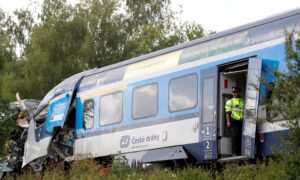 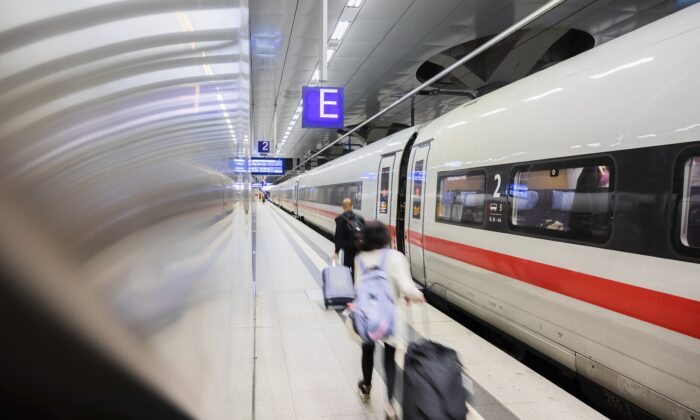 Passengers walk along an ICE train at Berlin Central Station in Berlin, Germany, on Aug. 20, 2021. (Christoph Soeder/dpa via AP)
Europe

BERLIN, Germany—A union representing many train drivers at Germany’s national railway operator is calling members out on a new two-day strike starting Monday, the second round of walkouts in a bitter dispute with the company.

Claus Weselsky, the head of the GDL union, said drivers of passenger trains will strike from 2 a.m. Monday to 2 a.m. Wednesday. Freight train drivers will start their strike on Saturday afternoon.

The walkouts follow a two-day strike last week that brought large parts of Germany’s long-distance and commuter train systems to a near-standstill. Railway operator Deutsche Bahn “so far has shown no sign of relenting in the pay dispute it brought about itself,” Weselsky said at a news conference Friday.

The union’s demands include a 3.2 percent salary increase and a one-time “coronavirus bonus” of €600 ($700). GDL is at odds with Deutsche Bahn, among other things, about when increases should take place, and over what period a wage agreement should cover.

State-owned Deutsche Bahn has lost billions since the start of the coronavirus pandemic. On top of that, recent floods destroyed or damaged numerous railroad tracks.

Critics of Weselsky’s GDL contend that union rivalry is a significant factor in the dispute. GDL, which traditionally has concentrated on train drivers, is competing with larger rival union EVG to represent a broader range of railway workers.

Deutsche Bahn criticized the new strikes as “completely unnecessary.” The company’s personnel chief, Martin Seiler, said that “everything that is needed is on the table” to resolve the dispute, and he appealed to the union to return to talks.

Private railway operators, which in Germany operate some regional and a few long-distance services, are not affected by the strike.

Weselsky said GDL has taken care not to disrupt weekend travel but “we will no longer be able to guarantee this in the future.”