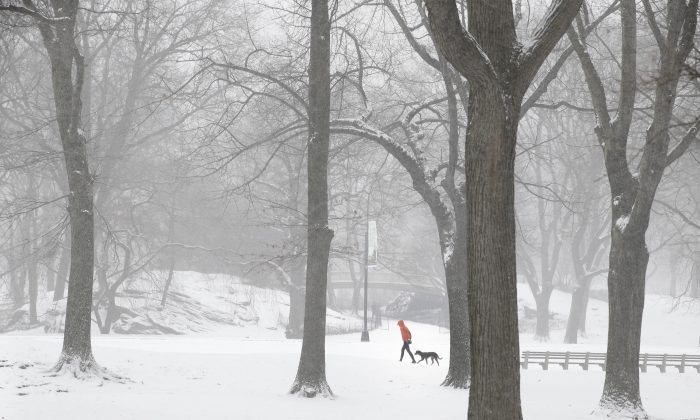 A person walks a dog through snowy Central Park in the Manhattan borough of New York on Tuesday, Jan. 21, 2014. (Seth Wenig/AP)
US News

A family’s dog was found frozen to death outside a home in Butler County, Ohio, on Jan. 3.

The German shepherd was found inside a dog house with no insulation.

He found the dog frozen to death inside the dog house.

“He’s definitely remorseful. This isn’t something I feel was done on purpose obviously, it’s not,” Merbs told Fox19 of the dog’s owner.

“I think this was a huge oversight and honestly a little laziness to where they didn’t want to walk out and check the dog. And unfortunately, the dog paid big time for this and suffered pretty bad,” he said.

The owner of the dog, Henry Ensor, will be charged with animal cruelty to a companion animal.

According to Ohio law on offenses relating to domestic animals, no caretaker of an animal shall negligently do the following:

“Impound or confine the companion animal without affording it, during the impoundment or confinement, with access to shelter from heat, cold, wind, rain, snow, or excessive direct sunlight if it can reasonably be expected that the companion animal would become sick or suffer in any other way as a result of or due to the lack of adequate shelter.”

If a person is found guilty of this specific part of the law, causing the death of an animal through neglect, then they are levied with a misdemeanor of the second degree on the first offense.

A conviction carries a penalty of up to 90 days in jail and a fine of up to $750, according to an Ohio law firm.

The dog’s death in Ohio comes after police were investigating a dog’s death in Connecticut; and after a pit bull was found frozen to death on a porch in Toledo, Ohio.