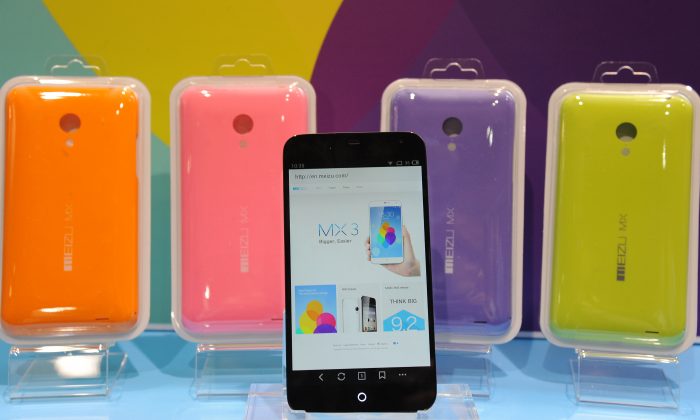 Chinese-made smartphones are displayed at 'CES: Unveiled,' the media preview for International CES, at the Mandalay Bay Convention Center January 5, 2014 in Las Vegas, Nevada. A different phone, the Star N9500 , has spyware installed at the factory. (Robyn Beck/AFP/Getty Images)
China

The firm said the spyware could allow a third party to steal personal data, place rogue calls, or even use the phone’s camera and microphone as improvised surveillance devices.

The find is the latest in a series of incidents where smartphones have appeared on customers’ doorsteps preloaded with malicious software.

Star’s manufacturer could not immediately be located, even though the phone is carried by several major retailers.

G Data said Tuesday it spent more than a week trying to track the phone’s maker without success.